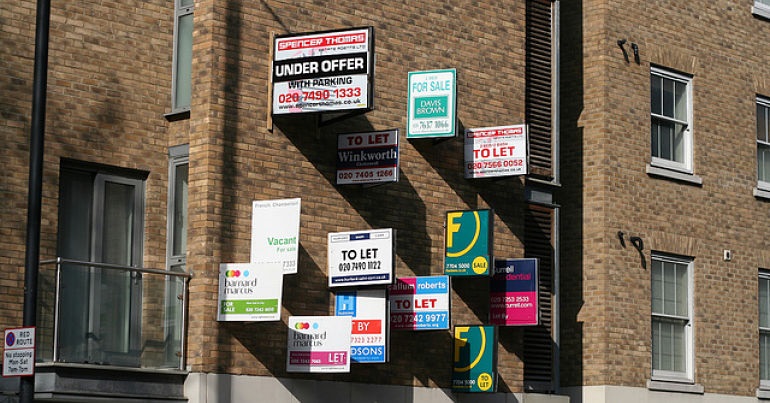 On 12 July, the government released the English Housing Survey for 2016-17.

It lays bare the insecure and expensive reality for households forced to rent privately.

A house becomes a home

The director of the campaign group Generation Rent, Dan Wilson Craw, believes these opposing trends are due to the insecurity of private tenancies. In a press release seen by The Canary, he stated:

Too many renters have had to move because of poor quality, high rents or their landlord’s whim. This failure of the housing market is unacceptable, especially when children are having their lives uprooted unnecessarily. The government must start protecting tenants and give them confidence to complain about disrepair by restricting rent rises and abolishing Section 21, the landlords’ ability to evict with no reason.

Furthermore, the statistics show that if a household is claiming housing benefit, it’s likely to be far worse off if it’s renting privately. On average, private renters pay £67 per week on rent after benefits. Whereas social renters pay just £19 per week. And this is despite private renters on average receiving £103 per week in housing benefit compared to £82 for social renters.

The statistics also show how the government’s punitive welfare policies disproportionately affect private renters. For socially renting single parents, the average amount of rent they owe on top of their housing benefit is £22 per week. But the same group renting privately on average owe £67 per week after benefits. Single parents have been the worst affected by the benefit cap as it limits the benefits of people who aren’t in work. Typically they struggle to find affordable childcare to allow them to return to work.

And the expense of private renting is preventing people from saving. As Generation Rent tweeted:

#EnglishHousingSurvey is out today. 2.7m private renter households expect to buy a home, but fewer than 1m have more than £5000 saved. They need a rental sector that provides stability & affordability while they're stuck there

The statistics add weight to the growing consensus that the private rented sector is not fit for purpose. Estate agency Knight Frank estimates that a quarter of households will be renting privately by 2021. This is not through choice but due to astronomic house prices and the decline of social housing stocks.

It’s categorically unfair that people forced into the perils of private renting have far less security whilst paying far more.