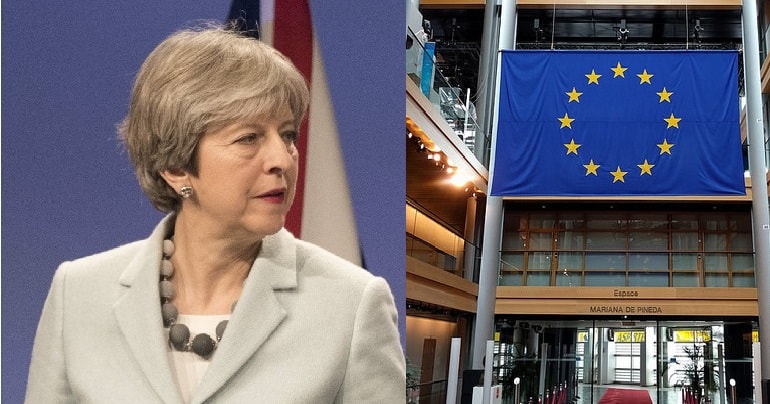 Right after Theresa May released her full document on The future relationship between the United Kingdom and the European Union, the European parliament shot it down.

The European parliament’s Brexit Steering Group essentially suggested that May’s proposals to prevent a hard border between the north and south of Ireland were not “credible”. The group, which basically handles Brexit on behalf of the European parliament, informed May’s government that it would veto the plans “without a credible “back stop” provision for the Northern Ireland/Ireland border to prevent a hard border”.

On top of that, the Brexit Steering Group suggested that May’s plans are incompatible with the rules of the single market. Its statement said the Brexit plan must respect:

the principles of the non-divisibility of the four freedoms, the integrity of the single market, avoiding a sector-by-sector approach

At present, May’s Brexit white paper basically proposes [p16] a single market with the EU, but only for goods. So the plan fundamentally conflicts with EU rules, as May was already warned.

‘Establishing a new relationship with the UK’

welcomed both the Statement and the White Paper by the UK Government as a step towards establishing a new relationship between the UK and the EU once the UK is no longer a Member State.

The European parliament has a veto on the final deal, so its views on the matter are crucial.

At the moment, it appears very much like former foreign secretary Boris Johnson and former Brexit secretary David Davis resigned over a proposal that won’t ever actually materialise. The plan is unworkable anyway.