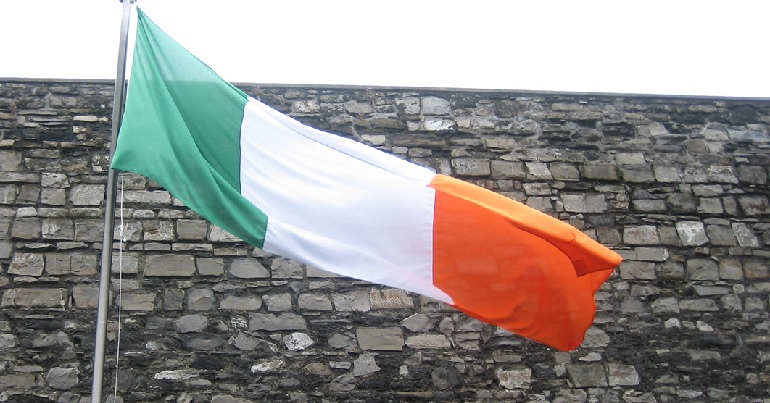 As the UK government welcomed US president Donald Trump to its shores this week, Ireland put its neighbours to shame by taking a brave stand against illegal Israeli settlements in Palestine.

On 11 July, Ireland moved forward with a bill to ban products from the Occupied Palestinian Territories. The country’s Seanad (upper house) passed the bill with 25 in favour, 20 against, and 14 [paywall] abstentions. It will also need to pass in the Dáil (lower house) in order to become law.

If passed, the legislation would prevent [paywall]:

the import and sales of goods, services and natural resources originating in illegal settlements in occupied territories.

“A first step, but an important one”

this is a first step, but an important one. Today we state strongly: Ireland will always stand for [international] humanitarian law, justice & human rights. Onwards.

She had previously explained why people should get behind the bill, saying:

In the occupied territories, people are forcibly kicked out of their homes, fertile farming land is seized, and the fruit and vegetables produced are then sold on Irish shelves to pay for it all…

These settlements are war crimes, and it’s time for Ireland to show some leadership and refuse to support them.

On July 11th, my bill to ban illegal #SettlementGoods is in the Seanad. We're close to a historic move for justice in #Palestine, but I need your help! Plz take 2m to ask your TDs & Senators to support the bill: https://t.co/p4DXCOH5tU @trocaire @ChristianAidIrl @irishcongress pic.twitter.com/2x3PuOZDBW

On stage in Dublin, @rogerwaters urges support for my Occupied Territories Bill – ending trade in #SettlementGoods produced on occupied Palestinian land. Thanks for the support Roger 👍🇵🇸 pic.twitter.com/df95OshogH

People on social media soon responded to the Seanad victory with thanks and praise for Black and her colleagues:

Thank you so much for all your efforts! What an important step for justice. Ireland setting a fantastic example!
It’s time more countries actually took a stand against the illegal settlements! They are against international law after all it’s a no brainer.

Congratulations @frances_black I am glad your experience and voice of concern for the Palestinian people was heard by those who help get enough support to pass this bill, and shame on those who didn't! This is the start of something much bigger! Well done 👏🏾

Ireland is putting its UK neighbours to shame

The Seanad vote comes in the wake of Israel’s massacre of at least 60 Palestinian protesters in Gaza on 14 May, and the overall murder of over 120 Palestinian civilians in recent months – offences which have attracted UN condemnation. Amid allegations of war crimes in both the West Bank and Gaza, there is every reason to hold Israel to account. That’s why, from Spain to Ireland, cities are taking firm action against Israel.

The UK government, however, has taken Israel’s side, failing miserably to hold its ally to account. It’s currently schmoozing with Donald Trump – the man whose actions have only worsened the situation in Palestine.

Ireland, on the other hand, is leading the way. By taking real steps to hold Israel to account for its human rights abuses in Palestine, it’s putting its British neighbours to shame.