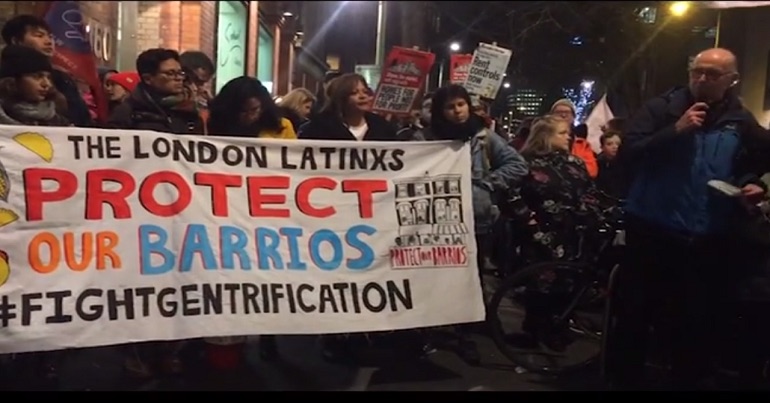 The regeneration of Elephant and Castle’s shopping centre is going ahead despite fierce opposition from the local community. Southwark Council’s planning committee recently approved the proposal by a narrow margin of four-to-three in favour and one abstention.

Local charity Latin Elephant is undeterred and has vowed to continue lobbying for a fair deal for local traders from developer Delancey.

‘Ripping the heart out of the community’

Latin American traders have been in Elephant and Castle since the 1980s and account for over a quarter of the local businesses that will be affected.

They have been serving London’s eighth largest ethnic minority community for over 25 years, making Elephant and Castle an unmissable culinary and cultural destination for the capital’s South American community.

Although the proposals have been approved, we will continue to lobby for a good deal for the traders.

We are in touch with Greater London Authority planning units and are at present drafting a letter outlining our concerns. The details of the relocation offers concern us deeply and we will continue to meet with Southwark Council planning officers to ensure a fair deal is reached.

Latin American businesses make up over a quarter of the total in the area and they are already being affected by the impending demolition. Footfall is diminishing in light of the negative press and uncertainty. We have been lobbying for some time to create a Latin Quarter but there has been no firm commitment from the council.

Although we don’t oppose regeneration, we reject the proposal in its current form. The traders simply want reassurance that they will be able to continue serving the community.

This is the heart of our community not just in terms of trade, but also culture and music. It would be a tragedy if it were to disappear.

Dr Patria Roman Chair of Latin Elephant has pointed out that only 411 square metres have been made available for traders by Delancey. They currently occupy 4,000 square metres of floor space. This equates to the displacement of the majority of those businesses.

Developer Delancy says it remains “open to debate, and embrace[s] the next stages with great optimism about what can be achieved for all”.

Campaigners, however, are not so convinced and are calling on Mayor Sadiq Khan to guarantee a fair deal for traders. They have also launched a petition:

We are calling @MayorofLondon @SadiqKhan to use his planning powers to protect the #ElephantandCastle community from displacement by the so-called 'regeneration' – Please sign and share! https://t.co/S0hPJcdY9A

We welcome the planning committee’s decision to approve the Elephant and Castle shopping centre application.

However we recognise the concerns raised by some local residents about aspects of the regeneration.

I would like to assure them, and the whole community, that we will continue to work with our residents, businesses and Delancey to ensure the new development works for local people.

Latin Elephant has vowed to continue working with residents, London College of Communication students and staff, local councillors, traders and other campaigners such as Up The Elephant, to prevent the displacement of a community that has worked hard to create a cultural hub in an increasingly mono-cultural city.