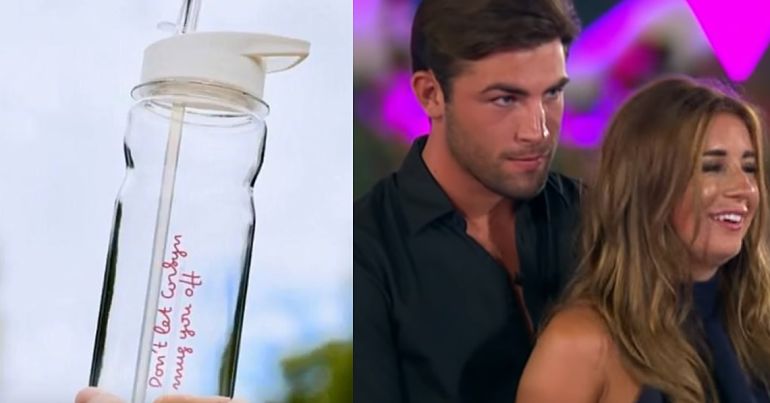 On 30 July, the Conservative Party got creative in its ongoing struggle to win over young voters:

Ahead of tonight's #LoveIsland finale, the Conservative Party is giving away water bottles featuring phrases like "don't let Corbyn mug you off". https://t.co/UzwWvHY4bP

The Conservative Party jumped on the furore among young people over ITV2‘s Love Island final. Its Instagram account offered voters the chance to win their own version of the iconic Love Island bottle, adorned with messages like:

Don’t let Corbyn mug you off. 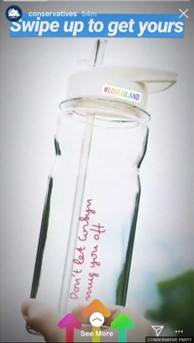 The Tory powers-that-be deleted the post an hour after it went up. This was ample time for the stunt to generate a massive backlash.

One young Labour supporter made the point that cruel Tory policy is this government’s real ‘gift’ to young people:

The bottle says “Don’t let Corbyn mug you off.“

After 9 years of Tory austerity, schools are starved of funding, 130,000 kids are homeless, we have a mental health crisis, a housing crisis and £50,000 of debt at uni.

We’ve been mugged off by the Tories.https://t.co/DSDGWtx8E1

Over 123,00 children are growing up in temporary accommodation in England. A water bottle certainly isn’t going to fix that.

Others seemed to agree:

And many think Labour’s offer to young voters is far more attractive than a new water bottle:

The official Love Island store only allows writing of 15 characters max (the Corbyn slogan is far more). So… are the Tories giving away knock off imposters masquerading as real Love Island merch?

Following media inquiries about potential trademark infringement the Conservatives removed all references to Love Island from the competition.

This prompted some to wonder what was said behind the scenes:

Hahahahahahaha!!!
Tories: “Hello is that Love Island”
Love Island: “Fuck off Tories, you absolute fucking melting Gammons”
Tories: “Hi everyone we’d like to apologise those things we promised…”#dontLetTheToriesMugYouOffhttps://t.co/iwVmEGCbuc

Meanwhile, others simply found it hilarious:

This is just too funny!!!!! Tories tried to be cool by associating themselves with Love Island but are getting done for infringing ITV’s trademark 😂 😂 😂 https://t.co/htwr2m56gu

60% of voters under 25 voted Labour in the 2017 election. This wasn’t because of gimmicky giveaways; it was because the Labour manifesto addressed young people’s concerns.

The latest Tory stunt screams of a party out of ideas about how to win over the youth vote. To be fair, it’s a tough ask for them. No amount of grafting can gloss over the fact that the Conservatives represent an economic system that’s actively working against younger people.