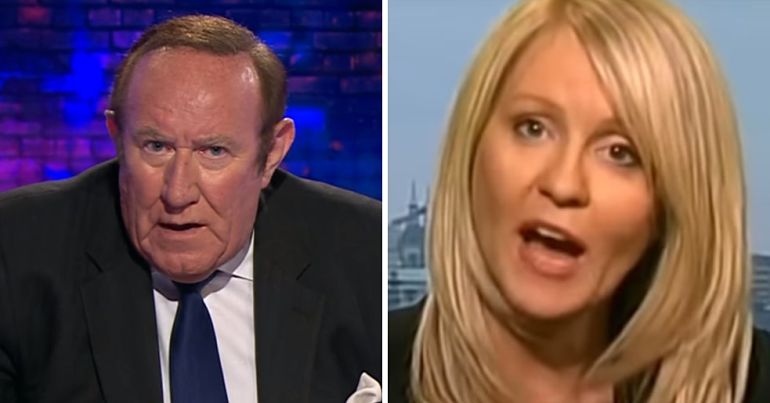 The BBC‘s Andrew Neil has popped the bubble of work and pensions secretary Esther McVey and rubbished her claim that “supporting the youth of this country has been a top priority of this government since 2010”.

McVey tweeted an article she wrote for the Daily Express, boasting about low youth unemployment:

UK’s youth unemployment falling by 45% since 2010 has not happened by accident.
It’s happened because supporting the youth of this country has been a top priority of this government since 2010https://t.co/SwpIdojvk1

She focuses specifically on the DWP’s commitment to apprenticeships, boasting that:

there have been more than 1.4million starts since 2015.

Yet even Neil, who has faced repeated criticism for his right-wing views and affiliations, saw through McVey’s bluster:

If supporting youth is such a priority, why are apprenticeship starts down 30% in 10 months to May — and why is the system still riddled with fake apprenticeships? https://t.co/cQW1Ue6PLc

Employers are bringing in young workers and labelling them as apprentices, however, these learners are then finishing their ‘course’ with part (if any) qualifications and no real adequate learning or experience.

This is an experience that seems worryingly common:

That's because it needs to be a proper qualification. Too many unscrupulous employers were taking on 'apprentices' as cheap labour without actually teaching them anything so quality standards were applied to prevent it. Doesn't really help you though.

Agree with that, they often take on cheap labour for a year and then there is no job at the end, because they just get a whole new bunch of young people for cheap for the following year.

And the Times reported that the government has “little chance” of meeting its target of creating “three million apprenticeships by April 2020”.

Whenever the government gloats about rising employment statistics, it’s important to revisit its definition of employment:

Therefore, the government considers someone who works only an hour a week as employed. This is significant, as this government has presided over a meteoric rise in zero-hours contracts. Between 2010 and 2013, the number of people employed in this manner increased threefold to 582,935. And official statistics from 2017 state that this figure now sits at 901,000.

Research by the Resolution Foundation found that 33% of people on zero-hours contracts are aged 16 to 24, meaning that McVey’s delirium at lowering youth unemployment should be taken with a hefty pinch of salt.

As the BBC reported, a recent report by Child Poverty Action Group found:

Low-earning parents working full-time are still unable to earn enough to provide their family with a basic, no-frills lifestyle.

If people working full time can’t make ends meet, then someone working one hour a week hasn’t got a hope in hell. It’s no wonder in-work poverty is at an all-time high.

The messenger is key

When even Neil is openly calling out the government, you know something is seriously wrong:

It's called a lie Andrew, but I've never seen you bother before as you repeat them.

It’s critical to remember that, when it comes to this government’s ‘good news stories’, there’s always more than meets the eye.