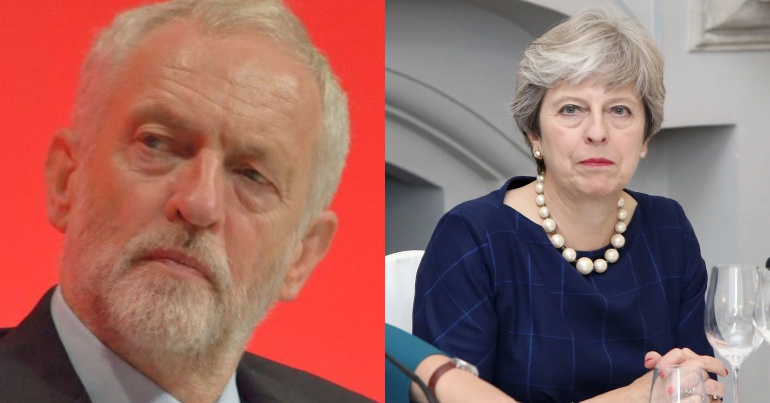 On 14 November, Theresa May finally announced the details of the Brexit agreement. Following a lengthy meeting, reports emerged that she had full cabinet agreement on the deal.

By the following morning, five ministers resigned before May even got to speak to parliament. Jeremy Corbyn said:

And he’s absolutely spot on.

Today, I have resigned as Brexit Secretary. I cannot in good conscience support the terms proposed for our deal with the EU. Here is my letter to the PM explaining my reasons, and my enduring respect for her. pic.twitter.com/tf5CUZnnUz

Earlier this morning I informed the Prime Minister I was resigning from her Cabinet pic.twitter.com/ZeBkL5n2xH

All of this happened before May spoke to the House of Commons. And when Corbyn spoke, he absolutely nailed it.

Corbyn was critical as soon as May announced the deal. On 14 November, he categorically stated that it had failed to meet Labour’s ‘six tests’, confirming that Labour will vote against it. But he went even further, saying the Withdrawal Agreement was:

a huge and damaging failure. After two years of bungled negotiations, the government has produced a botched deal that breaches the prime minister’s own red lines, and does not meet our six tests.

The government… is in chaos.

Many people think that Corbyn has played a perfect strategy:

Jeremy Corbyn's strategy now showing itself to have been very wise. Labour have one job today. Take a step back, and let the Tory Party destroy itself for a generation. Then we'll step in and deliver a deal that unites sensible remainers and reluctant Brexiteers.

While Corbyn made his speech, DUP MPs were seen nodding in agreement. As Scottish Labour & Co-operative Party MP Paul Sweeney commented, this suggests that May “really has blown it”:

So the cliché goes, a week is a long time in politics. At the moment, a day seems even longer. And we may only be counting the hours until May’s government collapses. Eyes on.