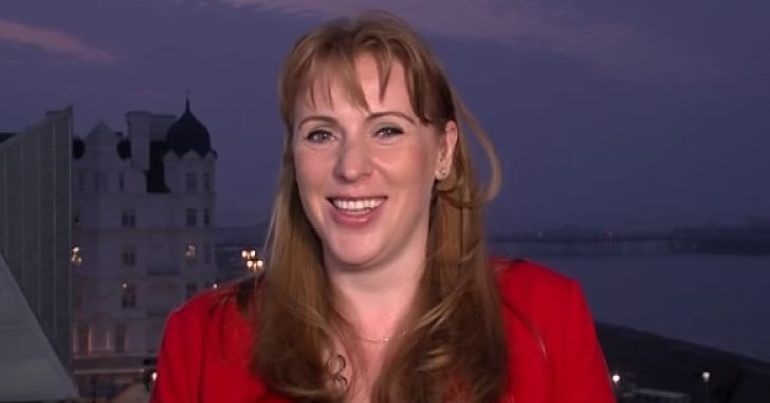 A reporter on the Brexit chaos currently unfolding gave shadow education secretary Angela Rayner, and thousands of Britons, the best and worst moment of the bedlam so far. The unnamed journalist reported that prime minister Theresa May is “exiting number 10”.

After the drubbing the PM’s Brexit deal is getting on 15 November, you can imagine what everyone thought the reporter meant.

Rayner shared her moment of “giddy” excitement, and the subsequent rotten letdown, on social media:

Just heard a reporter say the PM is "Exiting number 10" l got all giddy but then realised she was just exiting to leave for the commons ?#BrexitChaos

Clearly, a number of people felt equally elated at the possibility of May exiting Number 10 for good:

It wld be lovely if she did, am so tired of #Tories , fed up of austerity, of one rule for t/ few & another for t/ many, fed up of @theresa_may's poor & selective hearing & last but definitely not least, referring to a will of t/ people that was achieved by t/ corruption.

Can someone just change the locks while she's out?

Many also appeared to think that May’s permanent exit from Downing Street was still on the horizon:

It wont be long now.

Hopefully, she will be exiting No 10 for good, in the not too distant future, and the sooner the better.

Obviously, this time, May wasn’t leaving her PM lodgings for long. But it’s easy to see why Rayner thought she was. Five of the PM’s ministers had resigned before she even spoke about the Brexit deal in parliament. And it appears that the party propping up her entire government, the DUP, is going to reject her plan.

Clearly, May’s on very shaky ground. So no wonder Rayner thought she was about to see the back of this PM. She may still yet.