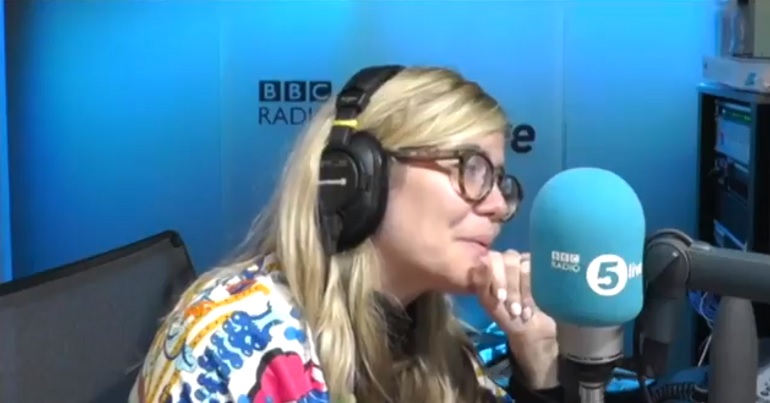 The Conservative-led government is currently imploding over Theresa May’s highly unpopular plan for Brexit. And May’s own ministers aren’t helping matters. Because justice minister Rory Stewart, for example, just tried to make up figures on BBC Radio 5 Live to suggest that:

80% of the British public support this deal

Fortunately, BBC presenter Emma Barnett was totally on the ball. She quickly challenged him, asking:

And Stewart did his very best to backtrack, insisting:

I’m producing a number to try to illustrate what I believe… But obviously, this is not coming from an opinion poll.

But it was too late. As Barnett said:

With all due respect, Rory Stewart, you don’t know that yet. Because the deal has only been in the public domain for a matter of hours…

I think it’s a dangerous game when politicians pretend that they know exactly how the people are feeling.

I totally apologise for that and I take that back.

“80% of the British public support this deal….

“I totally apologise for that and I take that back”

“A clear breach of the ministerial code”

Stewart wasn’t going to get away with his gaffe that easily, though. The Labour Whips Twitter account quickly jumped on Stewart’s imaginary figure, insisting:

This is extraordinary. This is a clear breach of the ministerial code including his responsibility to uphold the Nolan principle of Honesty. Specifically he’s broken the code on the use of statistics. https://t.co/53sx9lTgDE

So between May crashing and burning in parliament and her ministers picking figures out of thin air, it’s fair to say it’s been a pretty terrible day for the government.