Theresa May must be in trouble. Even Laura Kuenssberg admits Corbyn is right about something. - The Canary 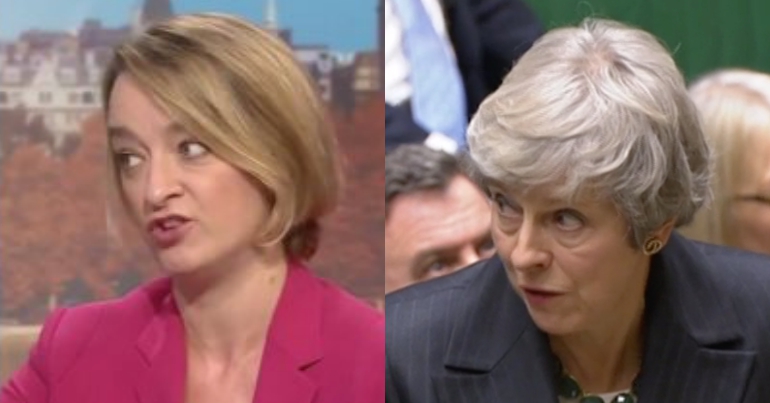 If a string of resignations wasn’t enough to highlight the mess Theresa May is in, the BBC‘s political editor just waded in. Not known for her support of Jeremy Corbyn, Laura Kuenssberg just admitted Jeremy Corbyn got something right.

Laura agreeing with Jeremy….now I know I'm in a parallel universe.

Is it all over?

How long May can stay in office is, at the time of writing, still under speculation. But the signs aren’t good. And when even Kuenssberg agrees with Corbyn that the “government is in chaos”, you know the PM is in serious trouble.