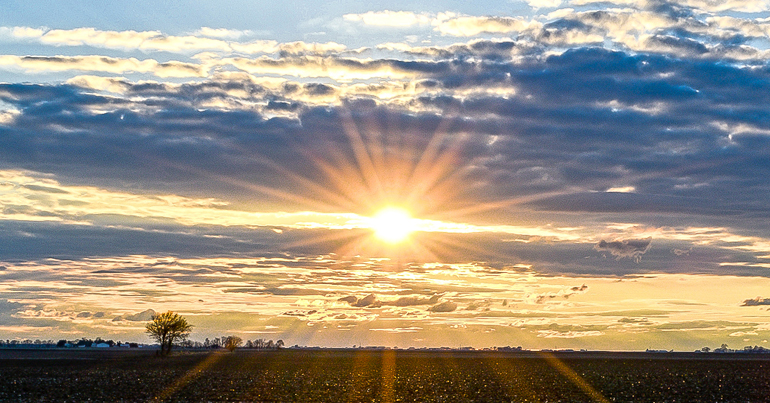 Scientists from Harvard and Yale say they have demonstrated a technologically and economically feasible way to fix the problem of global warming. Unfortunately, it requires dimming our most vital source of energy, the sun.

The proposed method is the injection of fine particles (aerosols) into the Earth’s lower stratosphere, known as stratospheric aerosol injection (SAI). These particles would deflect the sun’s rays and thus cool the Earth. While this all sounds very sci-fi, SAI falls within the research field of geoengineering. Crucially though, SAI would in no way limit the amount of greenhouse gases in the atmosphere. David Archer of the Department of Geophysical Science at the University of Chicago describes SAI as:

… a temporary Band-Aid covering a problem that will persist essentially forever, actually hundreds of thousands of years for fossil fuel CO2 to finally go away naturally.

It will be tempting to continue to procrastinate on cleaning up our energy system, but we’d be leaving the planet on a form of life-support. If a future generation failed to pay their climate bill they would get all of our warming all at once.

It’s also a drastic solution that comes with a huge amount of risks. Dimming the sun reduces the efficiency of solar panels. Meanwhile, limiting sunlight could have devastating effects on the Earth’s ozone layer and weather systems. According to a paper released by Nature, it would also impede photosynthesis, thus proving disastrous to food security. To make matters worse, assuming the SAI process had the desired cooling effect, subsequently stopping it could lead to rapid warming that would endanger entire species and ecosystems.

The scientists in charge of the study clarified that they were not advocating for SAI, but exploring its feasibility from an engineering and economic viewpoint.

The media have widely reported on this supposed “ingenious” quick-fix for global warming. There are numerous headlines touting the study as a possible solution. This didn’t escape the attention of many on Twitter, who pointed out the contradiction at the heart of excitement about this study. Writer Brandy Jensen summed it up perfectly:

lol we will fight the sun before we take on capitalism https://t.co/B5dqRfVmvT

This sentiment was echoed by others:

"What did you guys do about Capitalism destroying the planet?"

You know what's easier than reigning-in wanton, unregulated, capitalism around the globe and changing the world to be a better, more liveable habitat for everyone?

Others pointed out the absurdity of the idea:

We go live to Harvard and Yale scientists: pic.twitter.com/i9OntM9G1n

Some people would suggest that playing around with sunlight, which is an essential ingredient in every ounce of food that we eat, might be a LITTLE adventurous

There are no easy fixes

It’s not hard to see why people latch onto ideas like SAI. Because they suggest we could tackle the threat of climate change without changing any of our consumption habits. In its manifesto, the anti-geoengineering group Hands Off Mother Earth challenges this mindset:

Geoengineering perpetuates the false belief that today’s unjust, ecologically- and socially-devastating industrial model of production and consumption cannot be changed and that we therefore need techno-fixes to tame its effects. However, the shifts and transformations we really need to face the climate crisis are fundamentally economic, political, social and cultural.

In a recent study commissioned by the UN, a group of independent scientists argue that the current dominant economic models do not adequately account for the coming climate change crisis. The inconvenient truth is that tackling climate change requires a complete rewiring of the global economic system.