For the last month, a church has done something truly amazing to protect a refugee family - Canary 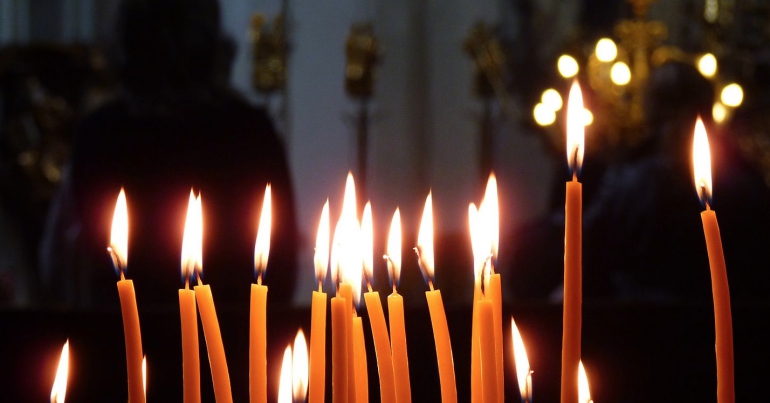 For the last month, a Dutch church has been doing something truly amazing to protect a refugee family. The Bethel Church in The Hague has run 24-hour continuous services since 26 October to stop the authorities from deporting them. Under Dutch law, the police are not able to enter the building while services are going on.

The Tamrazyan family lived in the Netherlands for nearly nine years. They escaped from Armenia after receiving death threats due to political activism. The family of five was initially granted asylum. But the government appealed. And in September, the family learnt that the state had issued a deportation order against them.

Hayarpi Tamrazyan, one of the children, appealed to social media. She said:

week I can be expelled from the Netherlands after 9 years. On behalf of my brother and sister, I ask you for help.

So the church stepped in, granting them asylum. In a statement, it highlighted its “dilemma”:

The Protestant Church of The Hague respects court orders, but finds itself confronted with a dilemma: the choice between respecting the government and protecting the rights of a child.

The purpose of the Church Asylum is to create rest and safety for the family and to offer some respite to the family during which we invite politicians to discuss with us the family’s fate and the effects of the Child Amnesty Arrangement.

Since the church took them in, it has run continuous services with pastors taking over from one another to keep it going. Pastor Axel Wicke said he was “overwhelmed by the enormous amount of support” the church has received:

Thanks for your kind words! We’re pretty overwhelmed by the enormous amount of support from all over the country and the world. Lots of people have had enough with the demonization of people fleeing war and oppression! #kerkasielBethel

Support has come from the local people:

This church is in my neighborhood. We stopped by yesterday to check if they need groceries and sat in on a bit of the afternoon service. Also met one of the younger family members, who is of course lovely! Very proud that @BethelDenHaag is part of our community ❤️

And from around the world:

There is a church in the Hague that has been running a service non-stop for 27 days, to protect a. Armenien family from deportation. #kerkasielBethel #nowthatschristianity

The actions of all those involved in protecting the family at Bethel Church are inspiring. It’s an example of religion and direct action working at its best – directly protecting lives through compassion and empathy.