Owen Jones rinses Andrew Neil so badly on BBC This Week, the host totally loses his sh*t - The Canary 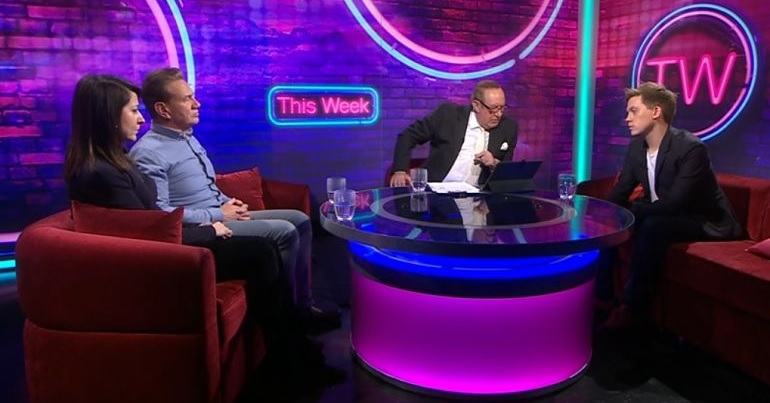 A number of high-profile people faced verbal abuse from far-right, pro-Brexit protesters on 7 January. Jones was one of them.

So the Guardian journalist appeared on This Week to argue that the British media’s demonising of anybody “but those at the top” has helped to ‘normalise’ the language of the far right.

Jones explained on the show that:

mainstream outlets, day in day out, say things about Muslims, about refugees, about migrants, blaming them for all the problems in society.

And he asserted that this energises the racism that exists in our society. Jones tried to draw attention to the Spectator, which he said is a “classic example” of such demonisation. This didn’t go down well with Neil, who is the chairman of that publication.

Before Jones even got a chance to make his point about the Spectator, Neil interrupted:

Jones was attempting to raise the Spectator‘s sketchy record on the issue. As he eventually managed to say between Neil’s outbursts, the outlet has “defended Greek neo-Nazis” and carried a story that “there’s not nearly enough Islamophobia in the Tory party”.

But Neil did his utmost to ensure Jones didn’t get a chance to raise this record. As observers pointed out, that doesn’t reflect well on the supposed ‘free speech’ values of the host or, indeed, his employer:

But it did make for a bracing bit of telly:

As did Jones’s equally tantalising showdown with Micheal Portillo, who had his own tantrum after the Guardian journalist dared to raise racism in the Conservative Party as another contributor to the far right’s rise:

The jig is up

Besides being gripping, the battle that erupted between Jones and the programme’s participants proved one thing beyond a shadow of a doubt. Such mainstream commentators are incapable of intelligently discussing the threat of the far right. Because the right-wing press and political figures are complicit in its rise. So aligned or sympathetic pundits face the question of what to do about the far right with nothing but deflection, denial and censorship.

Jones’s fracas with Neil, and Portillo, made that crystal clear. No wonder the BBC host lost his shit. The jig is most definitely up.