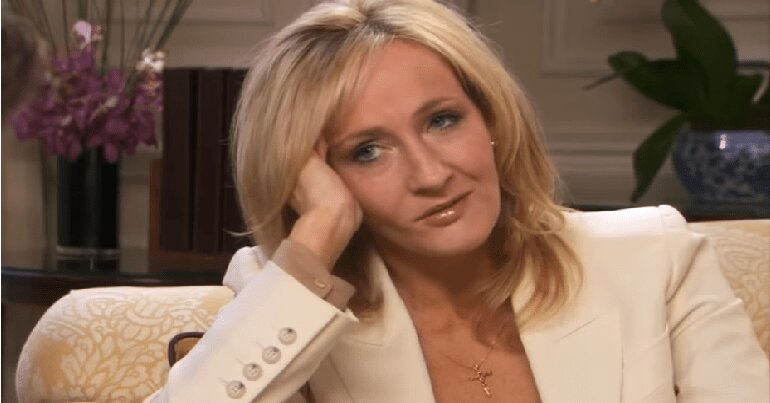 J.K. Rowling, who’s reportedly worth around £700m, seemed to brand UK inequality a “parody” on 10 January.

But she lived to regret it.

The response from grassroots pro-Jeremy Corbyn group Momentum was wry:

Given that Rowling is one of the “select few” that the current economic system has enriched, a little bit of self-awareness would go a long way. The Harry Potter author increased her fortune by another £50m from 2017 to 18.

Meanwhile, it’s not looking so good for the vast majority of Britons. Living standards for working people fell 10.4% between 2007 and 2015. And the five richest families are worth more than the poorest 20%.

Rowling has given away millions of pounds to charities, which is of course commendable. However, she seems less eager to tackle the structural problems that create the need for charity in the first place. Presently, Conservative austerity has led to one in five children going hungry in one of the richest countries in the world. Yet Rowling joined the Labour right, Conservatives, and the corporate media as a vocal supporter of the coup against Jeremy Corbyn in 2016. Without the Corbyn-led movement, it’s unclear that Labour’s manifesto would pledge transformative investment in public services that would raise living standards for the majority of the UK.

Rowling has also used her public position as a children’s book author to amplify the smear campaign against Labour that has sought to
weaponise accusations of antisemitism. Renowned Jewish intellectual Noam Chomsky, meanwhile, has branded antisemitism smears against Corbyn part of “disgraceful efforts to fend off the threat that a political party might emerge that is led by an admirable and decent human being”.

And Rowling has spoken out against campaigns to address Israel’s illegal occupation of Palestine.

Since the 2007/08 financial crisis, inequality between the 1% and everyone else has continued to rise. In other words, working people are paying for the banker gravy train in a system of socialism for the rich and capitalism for everyone else. Rowling would do well to remember her humble beginnings.