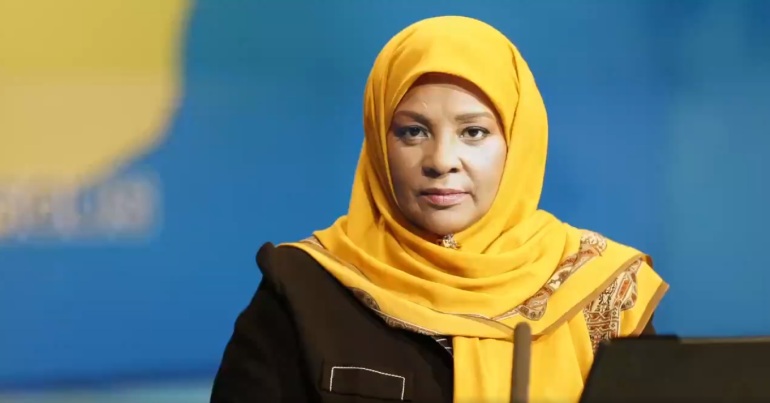 On Wednesday 16 January, Press TV reported that US authorities had arrested one of its journalists, Marzieh Hashemi, without charge. Hashemi is a US citizen who was reportedly visiting her family. She was taken into custody at St Louis International Airport on 13 January; but the media outlet says the FBI has now moved her to a detention centre in Washington DC:

We have been informed of journalist and Press TV news anchor Ms. Marzieh Hashemi's arrest and imprisonment in Washington. Reasons for her arrest remains unclear, although no formal charges have been pressed against her.#FreeMarziehHashemi #Pray4MarziehHashemi pic.twitter.com/aNfA0stz19

BREAKING: Press TV anchor, intrepid journalist, and truth-seeker Marzieh Hashemi has been arrested and imprisoned in the U.S. No indication of her being charged w/ a crime, a clear political targeting!
#FreeSpeech #FreeMarziehHashemi #NDAA pic.twitter.com/j7M0lsGw3B

According to Press TV, the Associated Press has received no response to its request for a statement on Hashemi’s arrest from the FBI. Meanwhile, the hashtag #FreeMarziehHashemi is gaining strength as people voice their concerns over her arrest and harsh treatment:

Be Marzieh's voice
Share her news wide
She is a journalist who was abducted by the FBI.
What if it were you? pic.twitter.com/llKELzMVc0

She went to America to visit her family but she has been arrested by FBI at St Louis airport without any crime.
They forced her to eat pork and took off her veil.

Human rights in the US ??!
It's just a joke.#FreeMarziehHashemi#FreePresstvJournalist pic.twitter.com/3WdjD34V39

The imperialist state continues it's lifelong war on free speech and continues to increase its tyranny. The @PressTV anchor has been detained on unspecified charges. She has told family she has had her hijab ripped off, and given no food she can eat. #FreeMarziehHashemi pic.twitter.com/Ix9bDlFA60

Also, as Hashemi is a US citizen, many are pointing out that the authorities are violating her constitutional rights. They have held Hashemi without charge and denied her due legal process. Moreover, they face accusations of forcibly removing her headscarf and only offering her food that does not comply with her religious beliefs:

Even so-called alternative media falls too often in to the political trappings of the news cycle.

RTnews has run a story on Marzieh but headlines it “Iranian Press TV Journalist” detained. She is a US citizen arrested in her home county… 1/#FreeMarziehHashemi

The fact that the authorities can arrest and detain an innocent American citizen at will without placing any charges against that individual is seriously frightening.#Pray4MarziehHashemi #FreeMarziehHashemi pic.twitter.com/fGI8hcQ4mF

Detention of journalist Marzieh Hashemi & depriving her of her religious demands & rights by @FBI is absoutely violation of her constitution & civil rights.#FreeMarziehHashemi #Pray4MarziehHashemi pic.twitter.com/hzWgGUgpDt

Freedom of the press

With Hashemi’s position as a prominent journalist in the international community, many perceive her arrest as a clear restriction of press freedom:

The arrest of journalists is becoming unprecedented & this behavior can no longer be tolerated, the US should stop its use of state machinery to clampdown on press freedom of certain individuals who hail from states that do not adhere to commands of Washington #FreeMarziehHashemi

The United States are playing a dangerous game by abducting journalists who have committed no crimes. We need the international community to speak up for Marzieh Hashemi. Is John Bolton that desperate to start a war with Iran? #FreeMarziehHashemi

A Black, Muslim woman against the establishment

It also hasn’t gone unnoticed that, as a Black, Muslim woman, Hashemi is an obvious target. Her treatment suggests a combination of both Islamophobia and misogynoir, a form of oppression that Black women uniquely face.

Indeed, Islamophobia has been embedded in US policy ever since the ‘Muslim ban’ that Donald Trump introduced in 2017. And Hashemi has strong links to Iran, which is on the list of ‘banned’ countries:

Excuse me @FBI! Why has this woman been detained and violated while in your custody?? Freedom of speech is only accepted when it’s not about crimes of the US and their allies? Did you think that no one would ask about her bc she is Muslim or bc she is black?🤔#FreeMarziehHashemi pic.twitter.com/x7QedVuKCD

Marzieh Hashemi, the Press TV anchor and journalist has been arrested by FBI for unspecified  reasons.
Maybe being woman, black ,anchor of Iranian news channel, or Muslim is crime in the US.#FreeMarziehHashemi

a female journalist who happens to be african-american and muslim with anti-imperialist stances, is just what the current administration would hate to see and cannot tolerate. Hashemi has been detained without charges and denied her right to keep her hijab. #FreeMarziehHashemi

The #FBI has abducted and imprisoned, journalist, #MarzeihHashemi, a #black American-born, #Muslim #woman.

This is merely a confirmation that the #US gov, is an anti-black, Islamophobic, misogynistic, FRAGILE state; AND an enemy of #TRUTH and #JUSTICE! #FreeMarziehHashemi pic.twitter.com/uQFU5QYt3X

While the length and reasons for Hashemi’s detention are unknown, her family will remain concerned for her safety. Hashemi’s arrest and apparently poor treatment go against principles of justice and human rights enshrined in both the US constitution and international law. It’s clear, however, that as the US authorities continue to detain a journalist without charge, support for her will keep gaining momentum.