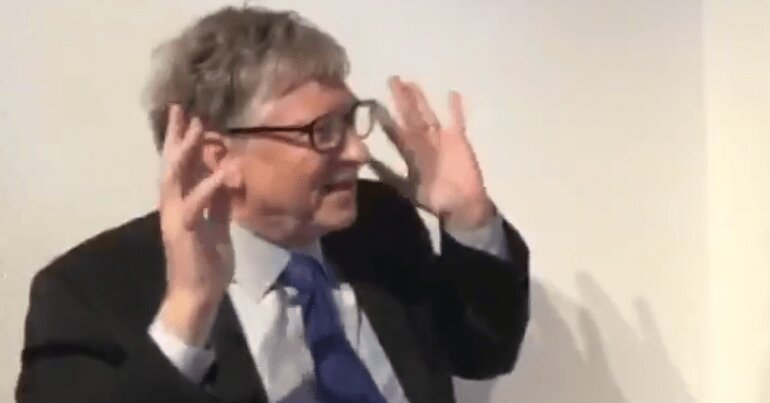 What do you think of the rising chorus… of philanthropy’s critics? … There’s people who feel… that… for many, philanthropy is a way of not really changing… the fundamental system, but a way of making us kind of feel better… and perpetuating inequalities.

Gates seemed to respond by suggesting that the alternative to shareholder capitalism was “communism”:

If people think… communism works better or something… The people who suggest there’s an alternate system, I’ll just respectfully disagree with that – that some radically different system would both create good things and give us the wealth that we should spread in a more equal way.

Fearmongering about communism is the standard oligarch response to questions about systemic issues. But in reality, it’s not as simple as pitting communism against capitalism. Governments actually funded many of the key features that make Gates’s Microsoft technology great, for example. And he then made billions from that. In fact, public funding was behind many of the innovations that make our laptops and phones ‘smart’, including the internet, GPS and touchscreens.

Bill Gates insinuates that @AnandWrites is a communist for suggesting philanthropy can’t solve the problems of skyrocketing inequality and entrenched oligarchy. pic.twitter.com/U8AsRgwwHB

Why hand rich people so much in the first place?

To me, the system could constantly be tuned. And I’m a believer in a state tax; I’m a believer in more progressive taxation… I think we have a system that works. But we could tune it to achieve more equality. Things like the… tax credits should be made substantially more generous.

But why maintain a system that concentrates so much wealth in so few hands in the first place? A 2019 Oxfam report shows we currently live in a system where 26 people own as much wealth as the poorest 50% of the planet. So why not establish a system that distributes wealth and opportunity more equally? For example, if people pool their money (i.e. through a democratic government), they can fund lifelong universal education, healthcare and housing. And that way, prosperity would be more equally shared from the very beginning. That doesn’t mean communism. It could mean a move towards the kinds of mixed economies of private and public initiatives that work so well in Scandinavian countries.

Gates has pledged to eradicate extreme poverty by 2030. This is of course an admirable aim. But poverty itself isn’t just a fact of life that’s made less terrible by Gates’s push for mobile banking in developing countries. It’s created by the system of inherited wealth and privilege that we inhabit – a system very much built on exploitation.

Instead of fearmongering about communism, the Microsoft co-founder should use his influential position to consider and support alternatives.