A resigned Blairite tries to smooth over the racism row, but gets egg on himself in the process - Canary 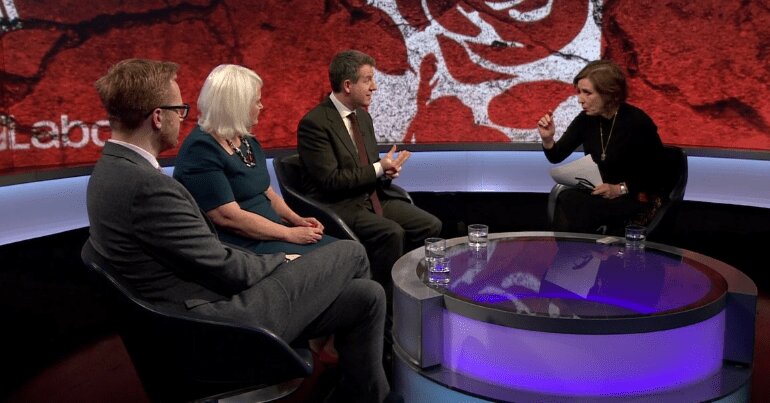 Blairite Chris Leslie tried to smooth over the racism row that engulfed his new centrist group on 18 February. But the MP for Nottingham East managed to get egg on himself in the process.

Within hours of the formation of the Independent Group, fellow resigned MP Angela Smith appeared to refer to Black, Asian and minority ethnic (BAME) people as being a “funny tinge”.

Later in the day, on BBC Newsnight, Leslie tried to downplay the remarks:

Yeah I mean, she made a slip and she has apologised for that. But I mean at the end of the day the issues that we were talking about were not just about antisemitism, were about Brexit, were about national security…

But a number of viewers found the response dismissive and superficial:

Asked about Angela Smith’s racist #funnytinge comment, Chris Leslie calls it a “slip of the tongue” then literally says “but we’re not just about racism, there are other issues, like Brexit”. Racism is a pesky footnote when it’s his side in the dock. #Newsnight

Chris Leslie, one of the founder members of the Blair Rich Project, has described his colleague Angela Smith’s “funny tinge” comment as ‘a slip’. If a Labour MP used this disgraceful racist language, would Leslie still be calling it a slip? Awful bunch of hypocrites.

His comments are also instructive. He is clear this is primarily about Corbyn's socialist agenda.#newsnight pic.twitter.com/CRhaUe3Ii0

In his response, Leslie also said that the problems his group has with Jeremy Corbyn’s Labour “root back” to disagreement with what he called a “a narrow outdated ideology”. But despite months of planning, the new centrist group has so far announced zero policies.

In September 2018, a YouGov poll found that just 1% of Labour supporters vote for the party because of their local MP. 88%, meanwhile, said they vote for Labour either because of its policies or values. Nonetheless, seven MPs are quitting the party without calling a by-election to re-contest their seats. Instead, it looks like they’ll simply sit in parliament on their own terms rather than those they were elected on. This reeks of entitlement.

The UK public elected the resigning MPs on Labour’s policy platform. As long as they sit as independents, they are essentially fleecing the taxpayer for a huge ministerial salary and expenses.

On top of that, neither Leslie nor Smith seem too bothered about casual televised racism. No values, no vision, no plan.