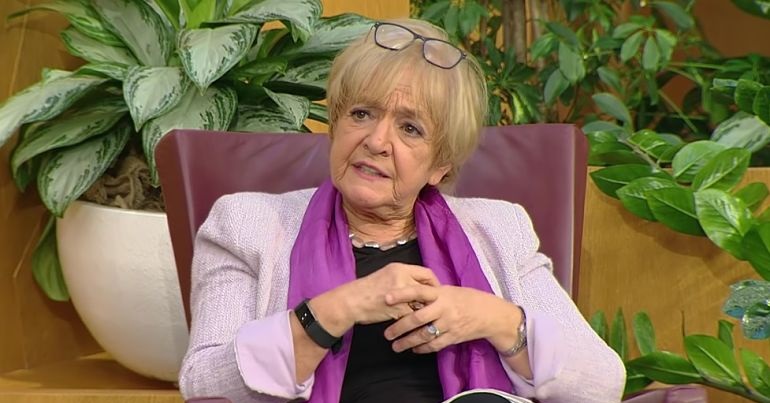 Labour is under pressure to boot Margaret Hodge from the party for breaking one of its cardinal rules.

According to a leaked tape, the Barking MP urged people to vote for parties other than her own. But the party’s rules state that supporting a political organisation or candidate in an election other than Labour is grounds for removal. No wonder Hodge is now desperately trying to row back on her comments.

Prioritise the EU, not Labour

The Sunday Times revealed the MP’s apparent rule breaking on 19 May. It reported that Hodge was speaking at an event hosted by the centrist thinktank Progress. One panellist at the event had warned against tactical voting and urged people to vote Labour in the European elections. Asked whether she agreed, Hodge said “No, I don’t”. She continued:

I think taking whatever action you need, within your locality, that gives you the best likelihood of electing somebody who will be a pro-European MEP, I think is the way you should go, I really do.

Hodge seemed to know what she had said was risky because she added:

I know that’s controversial but sometimes we allow the tribalism of politics to override the values and judgment we need to take on particular issues.

Her comments were more than “controversial”, however. Because Labour’s 2018 Rule Book states:

Given that Hodge’s comments clearly appeared to contravene that rule, people took to Twitter to urge the party to expel her:

Suspend her. This is openly telling people to vote against the Party. I have seen members suspended for less.

Vote for a pro-EU party, not mine, says Labour’s Dame Margaret Hodge https://t.co/J3sV8XcLPr

The Labour Party rule book is very clear on this. If a lay member did this, they would be suspended. A clear message must be sent to the PLP that they are no more important than any other member. Hodge should be suspended immediately. https://t.co/rTcmRIz7W5

Margaret Hodge should have been expelled when she called the leader of our party "a fucking anti-Semite and a racist". Now she is advocating people vote for other parties.

The lack of party discipline is such a joke. Expel her, ffs.https://t.co/TPHqFCJbOi

The Canary‘s editor-in-chief Kerry-Anne Mendoza also called for Labour to “bin her”:

I was kicked out of Labour for tweeting that I voted for the Green Party BEFORE I BECAME A MEMBER.

Margaret Hodge is a sitting Labour MP actively campaigning against her own party, a regularly defaming it’s leader & members.

WTF is going on? Bin her. https://t.co/Yl6qsJHAIq

Hodge is not alone, though. Ex-party leader Tony Blair recently told people to “vote for any of the other parties” in the European elections if they didn’t want to vote Labour. The party hasn’t expelled him yet, either. But as people on Twitter pointed out, Labour has booted longstanding, high-profile members over this same offence before:

Luckily for Steve Williams, he's ended up unseating the Tories in a Tory area to become a councillor (for the Greens) now. (He was a real loss for Labour.)

Which is of course more than we can expect from Hodge.

Perhaps unsurprisingly then, Hodge has tried to row back on her comments. She told the Sunday Times that she “probably misspoke” and “would never advocate voting against the party”. Meanwhile, Labour said it “expect[s] more of our MPs” and that supporting Labour candidates is a “non-negotiable part of being a party member”.

Clearly, though, many ‘expect more’ of Labour too. They expect all members to be treated the same. So if this rule really is ‘non-negotiable’, Hodge – and Blair – need to be expelled just like everyone else.