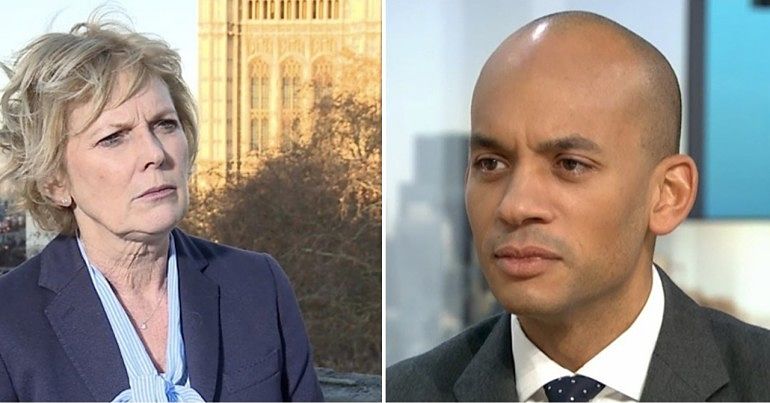 Change UK started out as the centrists’ dream. 11 MPs broke away from the two major parties and insisted “politics is broken”. Then, on 4 June, they broke up.

On 18 February, seven MPs resigned from the Labour Party to stand as independents. By 19 February, Joan Ryan had joined the newly formed Independent Group. The next day, former Conservatives Anna Soubry, Sarah Wollaston and Heidi Allen joined in too. Everyone cited internal conflict and differences in their original parties among the main reasons for leaving.

By March, the Independent Group had changed its name, to ‘Change UK’. This meant it could apply to the Electoral Commission for recognition as a political party. The new party’s website declared:

Our politics is broken, but it doesn’t have to be this way.

In just four months, the group has had several names, quite a few logos, but very few votes. In the EU elections, Change UK polled 3.4% of the vote and failed to win any seats.

There is a progressive politics in our country, which is pretty much where the majority of people are. The values that underpin it are a desire to go forward with the different facets of the country marching in the right direction to achieve collective aims. It sounds wishy-washy, but many people reject this way of working. It’s unfashionable and has been described as “centrist” because it doesn’t seek to set different groups against one another – the oppressed and oppressor, the class enemy…

He also claimed his new party played a vital role in “an insurgency in the British centre ground”. The corporate media lauded Change UK as a true threat to both the Corbyn-led left and a Brexit-imploding Conservative Party.

As news of the break-up spread, many people pointed out that Change UK’s collapse proves this wasn’t quite true:

For a decade establishment media told us that the politics of Change UK was the British 'centre', and that a new technocratic party could only succeed.

It lasted less than 6 months.https://t.co/v0z4hTzBFN

Turns out Change UK wasn’t quite the threat the corporate media suggested it was:

I wrote this in Feb, when many thought Change UK was a real threat to the left

Like some Labour MPs today, they couldn’t see that the world they knew died in 2008

History has returned – and with it our collective ability to imagine life beyond capitalismhttps://t.co/P4k1BCwg5z

(Not in) Love island

Because the party only lasted four months, many people noted that it’s ‘almost’ as if Change UK never existed:

You youngsters won't remember this but I'm old enough to remember when we had a new political party called Chuka UK or something like that. They always used to be on the TV, were going to change politics and then one day, they just disappeared. Just like that, gone! 😐

I've had colds that have lasted longer than Change UK. https://t.co/NO9yNg3zMC

The TUC’s Alex Collinson compared the party to a well-known TV show:

Breaking up after four months because, despite lots of initial coverage, you’re not getting much attention anymore and it turns out you fundamentally dislike each other.

It seems that Umunna has now rebranded himself as “The Alternative”. No really. Some people had a few choice words for him:

Hey @ChukaUmunna – you failed to secure support to lead the Labour Party, you failed numerous coup attempts under Corbyn and you failed to amass enough support for Change UK. Haven't you got the message? It's time to fuck the fuck off. Off you fucking fuck. Fuckety bye. pic.twitter.com/jWw5akZrni

So the party that promised change changed so much (and so little) that it plunged into chaos. Look who’s broken now. See ya…