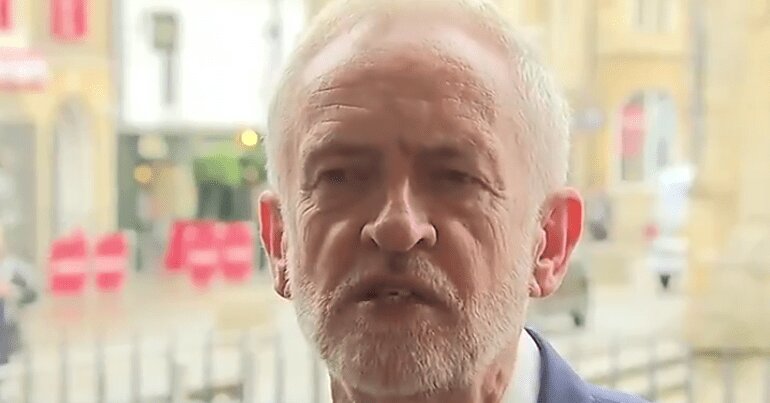 After winning the Peterborough by-election, Labour leader Jeremy Corbyn took aim at the ruling class in an energetic victory speech.

From the constituency, Corbyn said:

Bring it on. We are ready for a general election at any time… Britain will not be a country that in one year alone has handed 50 billion pounds to the tiny minority of very rich people. Instead, we’ll be a country that cares for all.

It’s even worse than Corbyn’s suggested figure, though. Because from 2017 to 18, the UK’s richest 1,000 families increased their wealth by £66bn. The Conservative government has hit the majority of us, meanwhile, with austerity and privatisation.

Summing up the campaign, Corbyn said:

Everybody, all the experts, wrote Lisa off… Write Labour off at your peril. We are strong. We are very determined to offer that politics that invests in decent services, in decent housing, in decent healthcare, and in good quality jobs for the future, and a relationship with Europe that doesn’t take us over a cliff edge.

"Write Labour off at your peril… bring it on!"

Corbyn’s Labour defied expectations to see off the Brexit Party in Peterborough by 2% of the vote. The constituency voted by around 63% to leave the EU.

In 2017, Labour gained the constituency from the Conservatives with a 12.5% increase in the vote.

Labour strategists may see the 7 June result as a vindication of Corbyn’s position of avoiding becoming the party of Remain. Focusing on austerity, public services and values could allow Labour to win seats in both Remain and Leave constituencies. Hard-lining for Remain, meanwhile, could alienate too many voters in seats like Peterborough.

With that in mind, Corbyn is spot on to target grotesque inequality in his victory speech. The 1% versus the people is the real divide in this country, and the world. So it’s right to keep hammering home that message.