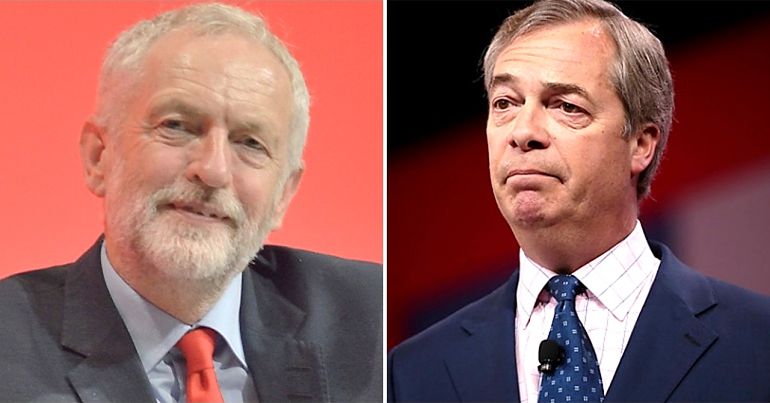 Labour’s Lisa Forbes has won the by-election in Peterborough. It was a tough contest in a city that voted strongly for the Brexit Party in the recent European elections. Given those results, this was a crushing victory for Corbyn-Led Labour. Yet most establishment media outlets ignored the winner. Instead, Nigel Farage went on loop.

The winner takes it all

Forbes stood after Labour’s Fiona Onasanya was convicted for “lying over a speeding offence”. Defending a seat that your own party has lost is never easy, not least in a city that voted 60.9% Leave. Many predicted that this election might usher in the first Brexit Party MP, with 1/7 odds on Mike Greene winning.

Moments before the results, Farage reportedly left the building “through a backdoor” sensing defeat.

In her victory speech, after winning by 683 votes, Forbes said:

Tonight’s result is significant because it shows that the politics of division will never win.

Against the odds, Labour won:

Dear Peterborough. Last night, you beat Murdoch, you beat Dacre, you hammered Kingsland, you called the BBC out, ignored the smears and lies of MP’s on all sides. You said no to fascism. You voted for the many and sent the few into their fiery pit.

So you’d think that most outlets would interview Forbes. After all, she actually won. But “journos and centrists” don’t always work this way:

Mind you, they probably won’t bother, will they?

The following morning, Farage jumped straight in for an interview with John Humphrys on BBC Radio 4‘s Today programme.

Many people shared their disgust over this interview:

You what? He’s just lost Peterborough!!! Why are you not tweeting about that? Farage was 1/7 on to win 1 to fckn 7 on!!! And he was defeated by a MIRACLE LABOUR VICTORY!!! 😂😭🤣 but you still promoting him!! Wankers https://t.co/hK53gUwXSp

Who is @BBCr4today interviewing right now? The winner?

No… they have Nigel Farage on.

Next Farage spewed up on BBC Breakfast:

"The word 'manifesto' sounds like a swear word to me" @Nigel_Farage talks to @BBCBreakfast after Labour beat the Brexit Party in the #PeterboroughByElection pic.twitter.com/MMtU4x5nrF

One commentator astutely noted the only BBC outlet Farage seemed to have missed:

Incumbent party wins Peterborough with increased majority but as far as the BBC are concerned that's somehow a loss and another party won.

I think the BBC would have got Farage onto CBeebies this morning if they could have found a way. #BBCbias #Brexit

Farage also cropped up on Good Morning Britain. Again, people asked why the show was interviewing the losing party:

Why the fuck is Farage back on tv again when he’s just lost in Peterborough? Why aren’t Good Morning Britain interviewing the winner instead? Getting really sick of this shit

The print press didn’t do any better, either. Even the (allegedly) left-of-centre Guardian‘s headline read: “Peterborough byelection result: Labour scrapes past Brexit party to hold seat”.

Peterborough by-election victory described variously in the MSM as 'squeaked' or 'snatched' or 'sneaked' by Labour despite the fact we actually increased our majority in this marginal seat. The 'free' press is an anti-democratic tool of the state. #BeatTheBias #JC4PM

Although, despite the lack of fair reporting, there’s another positive to emerge from this by-election. The Conservatives came third. And that’s worrying people like Dominic Raab and Boris Johnson:

Last night’s result shows yet again that we must get on and deliver Brexit by the end of October. Failure to do so would not only break our promise to voters, it risks delivering Jeremy Corbyn by the backdoor.

Commiserations to the excellent @Paulbristow79 who did not deserve to come third in #Peterborough. Conservatives must deliver Brexit by 31st October or we risk Brexit Party votes delivering Corbyn to No10.

The establishment media totally lost its shit over these election results. There’s no justification for giving the dangerous dog-whistle-racist Farage any platform because he lost. This was a Labour victory. Yet, although the media response shows just what we’re up against, this result offers a lot of hope. And in these days of Brexit-dominated chaos, it’s a very big win.