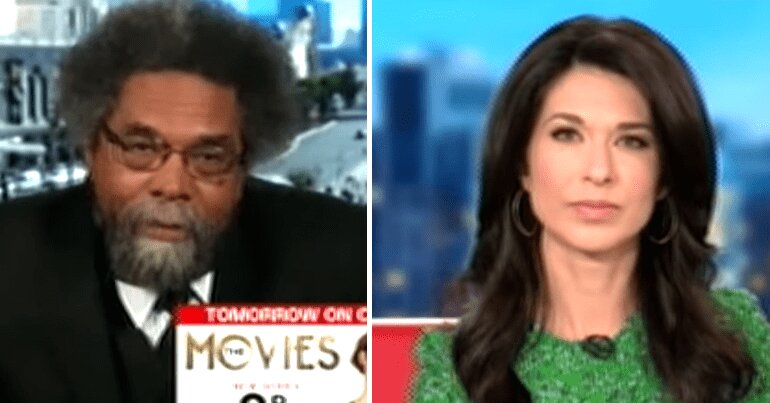 Academic Cornel West had CNN host Ana Cabrera praising Bernie Sanders on 6 July, in what can only be described as an establishment-busting masterclass.

This is not “a circus for progressive gestures”

You can’t come along late… and sound progressive. You got to be consistently progressive the way brother Bernie Sanders has been for five years, 10 years, 15 years, 20 years, 25 years. This is not just a circus for progressive gestures. This is a life lived and a politics connected to bearing witness.

In response, Cabrera could only agree, saying:

I hear you. And no one can take away from what Bernie Sanders has already accomplished… We see what happened in 2016, and it’s clear in 2019 that he’s opened the door to the progressive wing of the party.

“Typical behaviour of the establishment politician”

CNN anchor Cabrera first asked West whether he accepted Biden’s apology. The presidential hopeful has expressed regret after recently saying that he “got things done… with some civility” while working with racist segregationists in the 1970s.

The philosopher, author and activist was uncompromising in response:

You know, my dear sister Ana, it just strikes me as the typical behaviour of the establishment politician. He’s now regretted what he said. He now apologises… Two weeks ago he said he wouldn’t apologise… oh, well, I see you checked the polls and find out where you really stand. He’s changed a lot in two weeks, not just… 40 years…

This is a matter of the record. He has a contextual ethics – my dear brother Bernie Sanders has a consistent ethics. At the very moment in which… Biden’s working… to make sure there’s no state-sponsored busing to desegregate schools, Bernie Sanders is getting arrested with Martin King and the others fighting for not just integration but for busing as well.

We’ve come now to the context in which Bernie Sanders is setting the tone and the terms of the debate. It’s just a matter now of acknowledging that the establishment in the Democratic Party is unravelling.

On CNN, West taught a masterclass in how to take down the empty, corporate politics of the establishment. Like Jeremy Corbyn in the UK, Sanders has spent his entire political career on the right side of history. When progressives fully articulate that record, hollow gestures from candidates like Biden and Harris are no match.