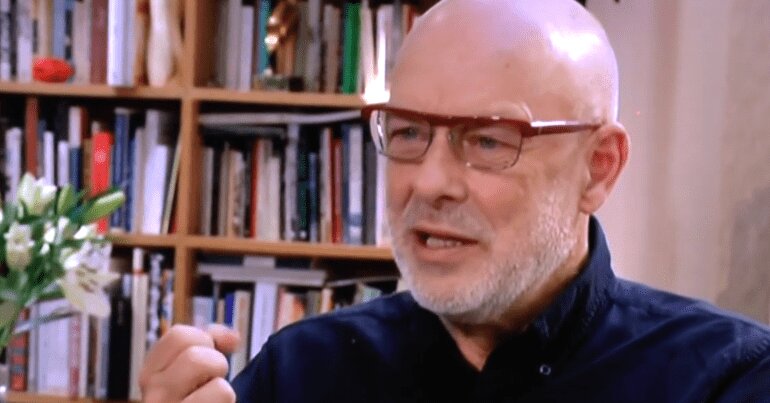 “Sustained campaign against him”

I have always admired him and trusted him, I suppose, which is not something you can easily say about many politicians. I think that it’s difficult to make an assessment of him when there has been such a sustained campaign against him. So there’s a lot of anti-Corbyn propaganda, and… most of the media – the 85% that one would probably call right-wing media – do their best to tell you every bad story about him, so it’s a little bit difficult to get a picture of him.

Brian Eno endorses Jeremy #Corbyn on #Marr and calls out the campaign against him by the rightwing media. 👏👏pic.twitter.com/WQ3UT86Bs6

The thing is, the BBC is very much a part of the “sustained campaign” against Corbyn. The public service broadcaster attempts to fend off the threat to the establishment through:

Recently another celebrity, Hugh Grant, slammed the Sunday Times for launching what he termed “psy ops” against the Labour leader. With Labour ahead in a number of polls in spite of the smear campaign, it seems many people are seeing through it. Eno spoke for many on The Andrew Marr Show.