Corbyn launches online guide to fighting against antisemitism - The Canary 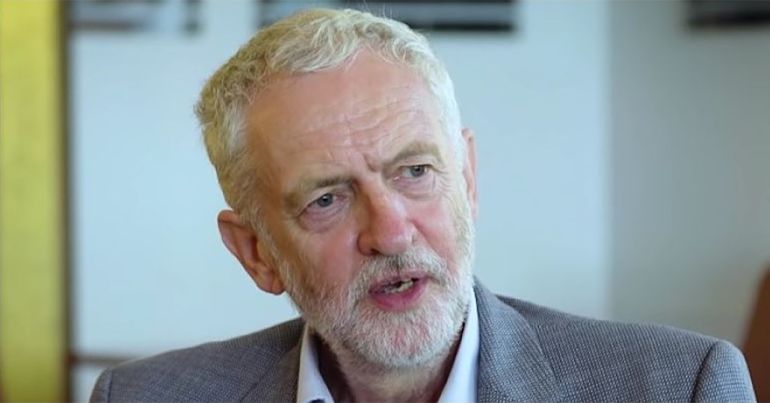 On 21 July, Jeremy Corbyn emailed Labour Party members to announce the launch of “education materials for our members and supporters to help them confront bigotry, wherever it arises”. The “first materials” deal with antisemitism.

The struggle for liberation of all people is never complete and must always be renewed. As a movement, we educate ourselves and each other to better stand in solidarity with and unite all those facing oppression and discrimination.

And addressing the new materials on fighting antisemitism, he said:

Hatred towards Jewish people is rising in many parts of the world. Our party is not immune from that poison – and we must drive it out from our movement.

Numerous reports and polls in recent years show that antisemitism exists across society; but it’s most common among far-right groups. Accusations of antisemitism in the Labour Party, meanwhile, reportedly relate to 0.06% of the party’s 540,000-strong membership. And under Corbyn’s leadership, Labour has been taking action to fight against this, and all forms of racism. But mainstream media outlets reporting on these issues have faced accusations of “misleading”, ‘distorted’, and “inaccurate” coverage.

In his email, Corbyn stressed that:

While other political parties and some of the media exaggerate and distort the scale of the problem in our party, we must face up to the unsettling truth that a small number of Labour members hold antisemitic views and a larger number don’t recognise antisemitic stereotypes and conspiracy theories.

The worst cases of antisemitism in our party have included Holocaust denial, crude Jewish-banker stereotypes, conspiracy theories blaming Israel for 9/11 or every war on the Rothschild family, and even one member who appeared to believe that Hitler had been misunderstood.

So please engage with the materials we are producing… so our movement can be the strongest anti-racist force in our country.

The online guide gives “Labour members and supporters… some basic tools to understand antisemitism so that we can defeat it”. It outlines some “conspiracy theories” which ascribe to Jewish people or the state of Israel an “influence on world events far beyond any objective analysis”. And it insists that holding Jewish people around the world “responsible for what Israel does is antisemitic”. It also stresses that:

Antisemitic conspiracy theories don’t just do harm to Jewish people, they also divert attention away from the real causes of war, poverty and injustice.

Regarding the ideology of political Zionism, and “the concepts of Israel, Zion and Jerusalem”, the guide stresses that:

The sensitivities around these concepts should be considered before using them.

That does not mean limiting legitimate criticism of the Israeli state or its policies or diluting support for the Palestinian people’s struggle for justice, their own state, and the rights of refugees and their descendants.

It also insists that:

Anti-Zionism is not in itself antisemitic and some Jews are not Zionists.

It concludes that “Labour exists to promote the social liberation of all people”. And it shares “some helpful links and resources” to defeat antisemitism.