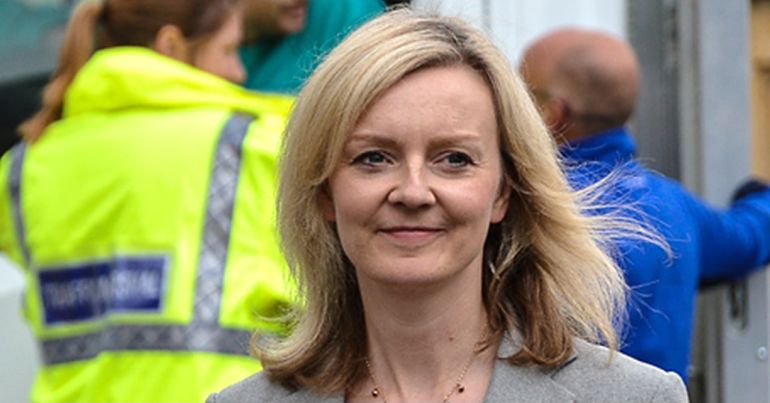 International trade secretary Liz Truss has admitted the government broke the law. And it’s an admission that could have deadly consequences for people in Yemen.

Truss said that £261,450 worth of equipment had been shipped to Saudi Arabia despite the Court of Appeal ruling that arms sales to the regime are “irrational and therefore unlawful”.

And while she apologised for granting the licenses, her excuse was utterly pathetic. She claimed the sales were “inadvertent”.

After all, who hasn’t at some point in their lives accidentally granted licenses for weapons to a murderous regime?

According to The Armed Conflict Location & Event Data Project, 91,600 people have been killed in the war with 11,700 reported civilian deaths. Including deaths from hunger, illness, and lack of access to health services, the UN predicts the total number of deaths could reach 233,000 by the end of the year.

The parties to the conflict in Yemen – all the parties – are responsible for numerous violations of human rights, of international law and humanitarian law.

Some of these violations may constitute war crimes.

Given the scale of the conflict and the ruling from the Court of the Appeal, many people weren’t convinced by Truss’s ‘excuse’:

When is “sorry” not good enough?
When you approve illegal arms sales to Saudi, for use on civilians in the Yemen, in spite of a court ruling against the sale. Then it’s really not good enough. https://t.co/uxhSnm4TjZ

No idea how you can 'accidentally' sell weapons to a country. Clearly Liz Truss and the UK government is ignoring its own laws about illegal weapons sales. Even with increasing knowledge that Saudi Arabia is contributing to Yemen's horrific humanitarian crisis. https://t.co/3rvVkFGwnR

And as one social media user highlighted, this response wouldn’t go down very well with anyone else caught breaking the law:

So, I assume drug dealers, sellers of stolen goods and other illegal selling operations now have at their disposal the 'Liz Truss defence' – "It was an accident."

Meanwhile, Symon Hill from the Peace Pledge Union questioned the double standards in lawbreaking compared to those of us arrested trying to stop Defence Security and Equipment International (DSEI) – the world’s largest arms fair:

Minister @trussliz has apologised for "inadvertently" granting illegal export licences for arms to #Saudi Arabia. Is this all you have to do if you're a powerful person who breaks the law? Don't think it would work for me when I'm in court for resisting #DSEI. #StopArmingSaudi

Despite the illegality of arms sales to the Saudi regime, its government was invited by the UK government to attend DSEI.

Andrew Smith from Campaign Against Arms Trade was scathing in his response to the illegal sales:

We are always being told how rigorous and robust UK arms export controls supposedly are, but this shows that nothing could be further from the truth. If the Government cannot be trusted to follow its own rules, or an order from the Court of Appeal, then it must immediately end all arms exports to the Saudi regime and cease all support for this devastating war.

And Smith argued that the UK government is putting profit before people:

The reality is that, no matter how appalling the crisis in Yemen has become, the Government has always been far more concerned with arms company profits than it has with the rights and lives of Yemeni people. This disregard was on full show last week when the Saudi regime was in London buying weapons at the DSEI arms fair.

Smith is right. The government cannot be trusted to follow its own rules. It’s therefore down to all of us to take action to stop this vile and illegal trade. While the government might want to prioritise profit over human life, the rest of us can guarantee that it won’t be allowed to do so without a fight.