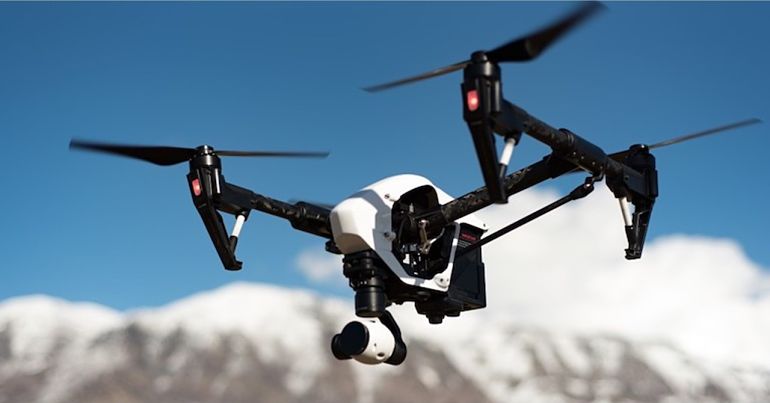 The first in a series of articles examining the latest government arms deals announcements.

From 10-13 September, London’s ExCeL Centre hosted arms companies from around the world. Defence Security and Equipment International (DSEI) is the world’s largest arms fair. As The Canary reported, for two weeks protesters took action to stop and disrupt DSEI. Yet, as journalist and historian Mark Curtis pointed out, while dealers met inside ExCeL, the government slipped out four major arms trade announcements.

Britain’s security exports market is booming. Last year alone businesses collectively saw their overseas sales reach £5.2bn and this Government is committed to seeing that figure grow this year and beyond.

1/Govt has just announced a new strategy to increase globally sales of military-, surveillance- and repression-related exports, laughingly called the “security sector”. The UK is the world centre of this industry. https://t.co/IXyz06Zc5B pic.twitter.com/ATlzbsjivD

So, business is booming. But that £5.2bn includes exports of:

Some of these are to prevent what it calls “the growth in migration (both legal and illegal)”. It fails to note that this includes refugees and asylum seekers who’ve fled from persecution, death threats, or brutal conflict zones around the world.

The strategy makes it clear that the UK’s Export Control Joint Unit (ECJU) issues “dual use” licences. So these exports are for “both military and civilian applications”.

Areas identified as “priority markets” include the Middle East, India, and China. These are regions of the world with a known track record in human rights violations and abuses.

A 2016 report [pdf p 31] by Privacy International said the UK is “a world-leader” in the surveillance market. It continues:

UK cyber capabilities are spurred by the sophistication of its signals intelligence agency, the Government Communications Headquarters (GCHQ), and the fact it is home to a number of large arms companies.

The UK government also promotes exports abroad through the UK Trade and Investment Defence and Security Organisation… to access markets abroad by providing advice and introducing the company to potential customers.

spent more than £1 billion on buying surveillance and cyber-security businesses. Little is known of BAE’s exports however, other than it has been reported that ETI [a Danish internet and phone monitoring company BAE acquired in 2011 for £137m] had provided the Tunisian government with internet monitoring technology prior to the 2011 uprising, and that it was the “main contractor” and “systems integrator” for a project in Saudi Arabia.

BAE Systems makes no secret of its surveillance capabilities. What its website doesn’t reflect, however, is that in 2017, the company was accused of secretly selling “mass surveillance technology” to “Saudi Arabia, UAE, Oman, Qatar, Algeria and Morocco”. All have governments “criticised for repressing their citizens”. It made these sales through ETI. As the Guardian reported:

The sophisticated technology can be used to spy on a huge number of people’s emails and mobile phones, triggering accusations from human rights campaigners that it is being used to silence or jail dissidents.

BAE said it couldn’t comment “due to the strict national security and confidentiality regulations we operate under”. It also claimed it operated “ethically and responsibly”.

And this is just the tip of the iceberg.

BAE is a DSEI “Platinum Sponsor”. Arms exports to Saudi Arabia are currently on hold because they were used in the brutal war in Yemen. Yet Truss has since admitted the government broke the law. It shipped £261,450 worth of equipment to Saudi Arabia despite this ruling. And the UK government still invited delegates from state-owned Saudi Arabian Military Industries (SAMI) to DSEI. United Arab Emirates, part of the Saudi-led coalition bombing Yemen, is also a DSEI “International Partner”.

This DTI initiative doesn’t strictly count as selling military hardware. Yet, in promotional DSEI material seen by The Canary, surveillance equipment was on sale throughout the arms fair.

Surveillance equipment plays a deadly role in oppressive regimes around the world. And that’s worth billions to this government and nihilistic arms companies.