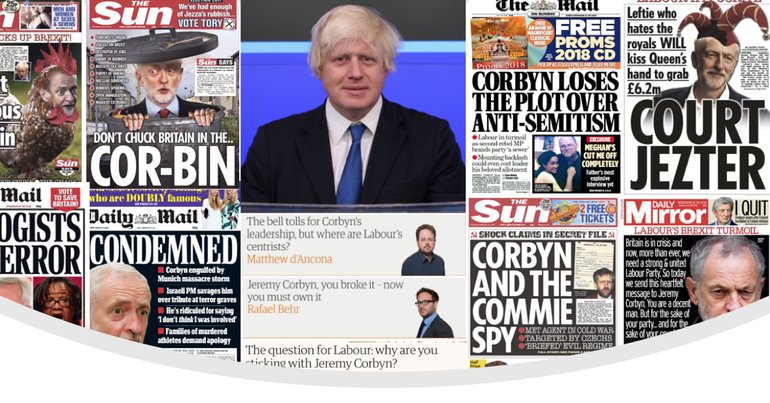 Boris Johnson’s special advisor has taken to Twitter to thank the UK media for uniting against Jeremy Corbyn. He congratulated the press for making their attacks on the Labour Party leader more hostile, and earlier in the campaign, than in 2017.

Centrists, right-wingers, and mainstream pundits alike often dismiss media bias against Jeremy Corbyn as a left-wing “conspiracy theory“. This is despite multiple independent studies showing it to be overwhelmingly real. But even the pretence of fair coverage seems to have been abandoned this election:

At the last election the big newspapers only really attacked Labour at the eleventh hour – after Corbyn’s poll took everyone by surprise. This time? It’s been full on from the off. https://t.co/GJHoG9xcFE

Tim Montgomerie is founder of the Conservative Home website. But in September 2019, he became Boris Johnson’s special advisor on social justice. Just like Johnson himself, Montgomerie has a foot in both the media and political camps.

This is just the tip of the iceberg when it comes to the hostile press the Labour Party faces for threatening the privilege of media barons. The list of recent episodes is already exhausting.

The press were quick to report on a man heckling Corbyn as a “terrorist sympathiser”. But it needed to be pointed out that the heckler has repeatedly shared racist and homophobic views on social media. Any person on this guy’s sh*tlist is probably doing something right:

This longstanding account links to his church and says they're Richard Cameron. Here are some of his tweets. pic.twitter.com/Uvao62OGR3

No one would expect the Daily Mail or the Express to give Corbyn’s Labour a fair hearing. But equally worrying this election will be the behaviour of the Guardian and the BBC. Already, Guardian columnist Jonathan Freedland has confused two Muslim men in an effort to smear a Labour candidate as an antisemite:

Labour tell me that earlier reports of a candidate shortlisted in Birmingham Hall Green rested on a confusion about two men with the same name. The Majid Mahmood shortlisted for the seat is NOT the Majid Mahmood fined over comments on Facebook – and I’ve deleted those tweets

And the paper’s columnists continue to be full of anti-Corbyn invective: 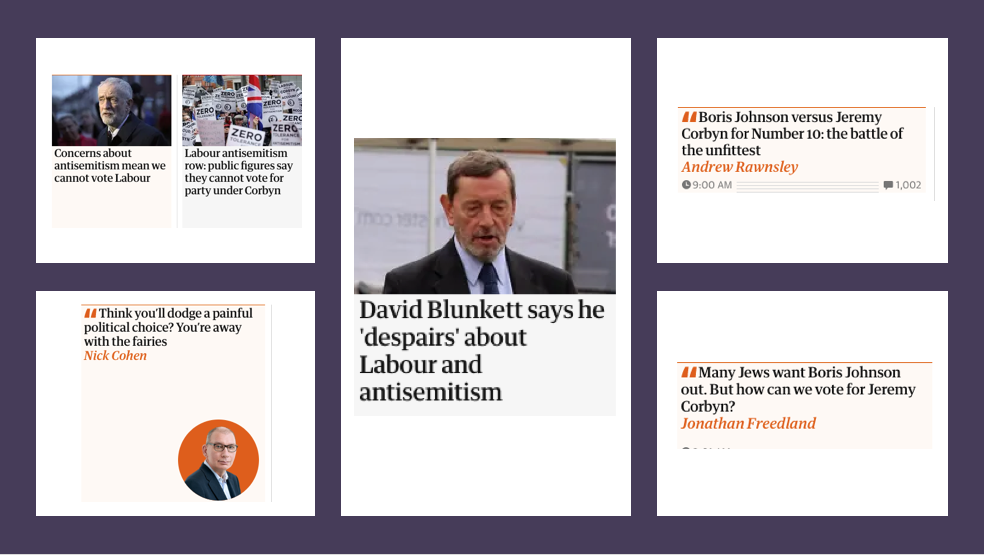 And the BBC has been on full state propaganda mode. Highlights so far include:

The BBC has also been accused of using misleading footage when it comes to interactions between the public and politicians:

Blink and you missed it. Here's how @maitlis presents the abuse against @HackneyAbbott over #BrexitVote Film of #ReesMogg film of #Gove film of #andrealeadsom – Diane – throwaway line at the end. 'MPs of all stripes..' really? #BBCBias pic.twitter.com/j2HuLw8uXO

Who do we trust?

None of this is balanced journalism. It is, however, a very powerful lesson in state propaganda. The behaviour of the UK press mirrors the behaviour we criticise in countries without democracy. And it’s endangering what’s left of our democracy.

These outlets are only likely to ramp up their efforts as the election progresses. So the remaining independent journalists and media analysts have to call out this propaganda at maximum volume. And consumers of news must vote with their wallets. We injure ourselves and each other by continuing to bankroll news organisations that long ago abandoned journalistic integrity. Clean them up, or shut them down.