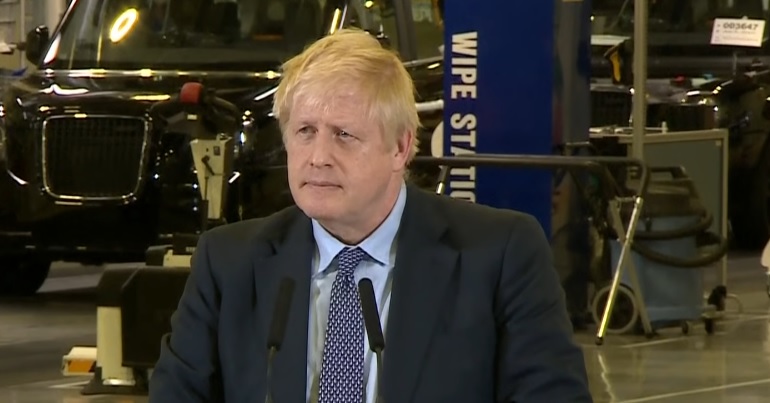 Boris Johnson made a speech in front of his “Get Brexit Done” bus on 15 November. When covering the story, the media used imagery that made the PM look, well, suitability prime ministerial: 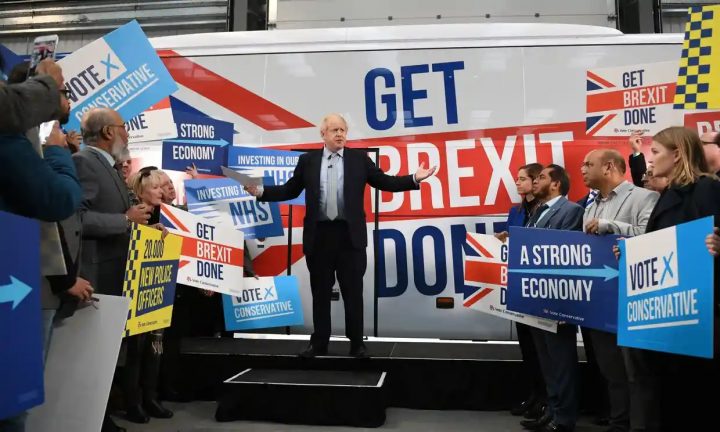 But a Manchester-based editor took an image from a position that won’t make Conservative campaign staff happy. It shows an entirely different, and less grandiose, situation. And he’s not the only Conservative PM to have the wind taken out of his sails in this way. Things didn’t end well for the last one who used this trick either.

The tale of two pictures

The BBC and other outlets shared images or footage from an advantageous position  – for Johnson::

But Jennifer Williams, politics and investigations editor for the Manchester Evening News, offered an entirely different perspective, as the Guardian pointed out:

Boris Johnson doing one of his traditional half empty warehouse visits. We’ve got a lot of warehouses round here, could be a long campaign pic.twitter.com/VdJoQ8UeCo

So, although the front-facing pictures make it look like Johnson is knee-deep in supporters, the reality is that he’s got some people huddled around him in a “half empty warehouse”.

Admittedly, Johnson has also tried going out into places where people are, rather than inviting a select few into warehouses. That didn’t go so well for the PM:

Boris Johnson Gets Out of London and Talks to People Who Are Not Rich Remainers: The Essential Collection pic.twitter.com/hiWmevog9T

Theresa May used the same tactic in the 2017 general election. Pictures from her campaign trail were very similar to Johnson’s:

But a bystander snapped the reality and put it on social media for all to see:

One of May’s most infamous phrases from that election campaign was “nothing has changed!” Although that was incorrect within the context she used it, it appears to hold true today. It seems the Tories don’t change their spots. Or, indeed, learn from their mistakes.

After using such tactics in 2017, May lost her party its majority. That’s not a good omen of things to come for Johnson.