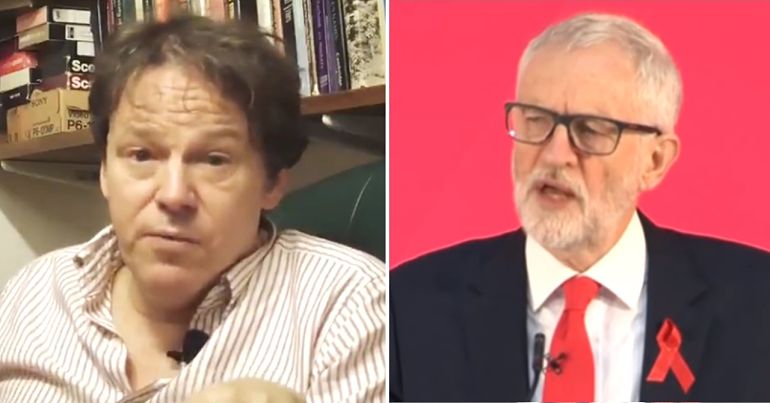 I think a Corbyn victory would be the best possible thing for the safety of the Jewish community internationally… I’m making an appeal, stop this. Please. For the sake of my safety.

this video is going up in a bunch of places but here's mine: my take on the AS controversy and why intentionally fanning the flames, as so many are doing, endangers Jewish people pic.twitter.com/yXgKrRBKvT

It’s stupid to cry wolf when there are real wolves baying at the door. Especially when the people you are crying wolf against are the guys who are most likely to defend us when the wolves show up.

As Jewish historian Geoffrey Alderman has laid out, Corbyn has consistently protected Jewish people, such as helping Jewish refugees settle in the UK.

Corbyn is “philo-Semitic” – an ally for Jewish people

As well as Graeber, Alderman also argues the corporate media has flipped reality on Corbyn’s record:

Even the foreign editor of Jewish News previously slammed his own paper’s attack on Corbyn. He told The Canary:

Corbyn has been consistently fighting against racism and for economic justice his entire life. And that’s precisely why the establishment has been smearing him as antisemitic since 2015. They know he is serious and impossible to corrupt.

This election is a historic opportunity. Your vote on 12 December couldn’t matter more.