As the UK leaves the EU, two short videos remind us of the damage the Tories have done - Canary 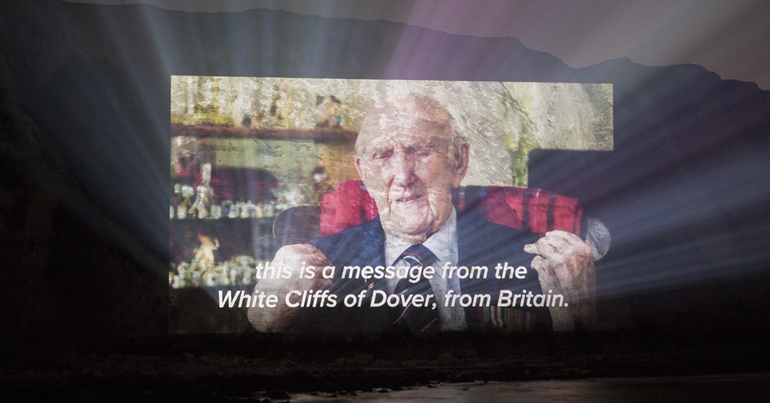 Despite a Tory Brexiteer campaign failing to get Big Ben to ring out as the UK formally left the EU, it went ahead anyway. But not in the way Tory Brexiteers might have hoped. Worse still for them, it was another reminder of the mess they’re leading the UK into.

Campaign group Led By Donkeys took an innovative approach to mark the UK’s exit. It projected a video of Big Ben chiming onto the side of the Elizabeth Tower. Earlier it projected another video onto the Cliffs of Dover. That video featured two war veterans saying how “sad” and “depressed” they were at the UK’s exit.

Neither video is something Tory Brexiteers will want to see. Because they remind people of the lies that were part of the Brexit referendum campaign. One video also reminded us of the sickening spike in hate crime since Brexit.

The Cliffs of Dover

The video of two war veterans features two men named Sid (95 years old) and brigadier Stephen Goodall (97 years old). Their message was aimed at people all over Europe from “the White Cliffs of Dover, from Britain”. Stephen said:

I feel really depressed at the idea that we are leaving Europe because it has meant so much to me.

I feel very, very sad about it all because we don’t know which way things are going.

The heartfelt message from Sid and Stephen reminded us of the sheer sadness felt by so many:

A message to Europe, this morning on the White Cliffs of Dover. Sound on. pic.twitter.com/E3VY8BaGjK

The later video starts with a projection of a clock in the form of an EU flag with 12 stars. Then Big Ben chimes. This was followed by a reminder of Boris Johnson’s comments on the EU single market in 2013 when he said:

The video highlighted the “bogus” claim Johnson put on the side of his Brexit bus. He claimed the UK was a net contributor of £350m per week to the EU. The UK statistical authority ruled his claim was “incorrect”.

Hey @BorisJohnson and @Nigel_Farage, we just made Big Ben bong for you😉. Sound on. pic.twitter.com/6wnxYi9BOU

These messages seemed to resonate quite strongly and emotionally with people online. This is just a sample of how some reacted: 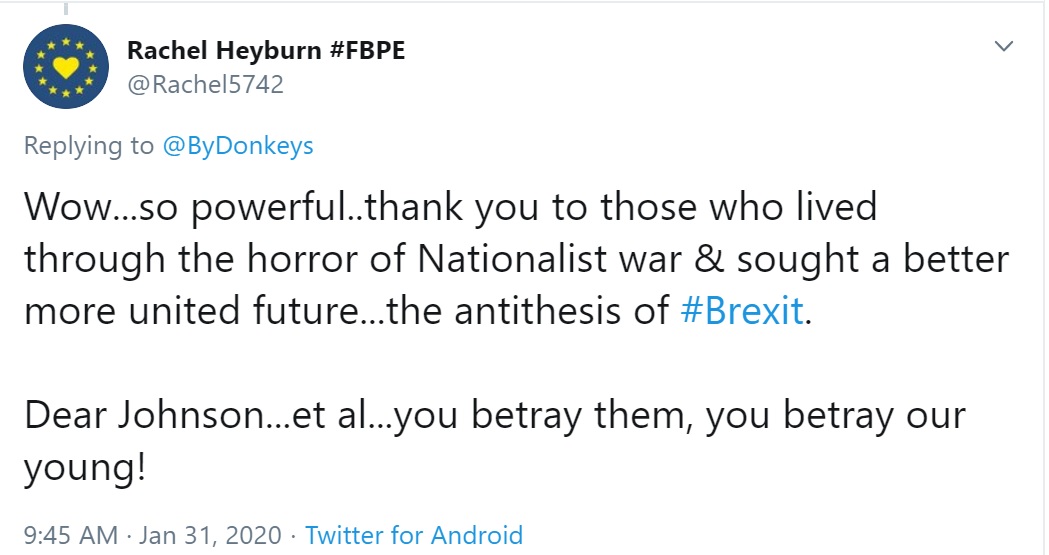 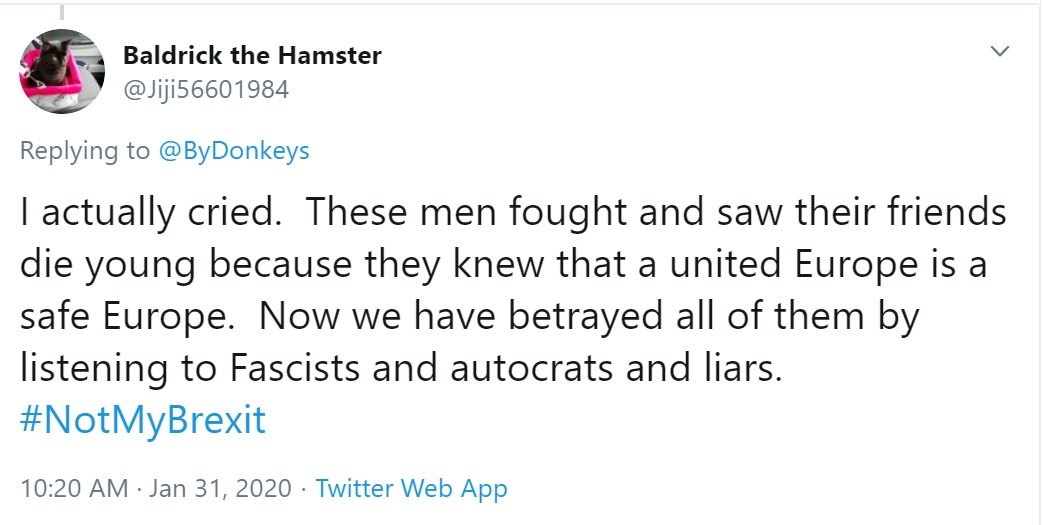 Likewise there was a lot of reaction to the reminders of the lies and dangers of the referendum campaign on the side of Big Ben:

While the content of these videos is certainly innovative, dealing with the confused reality about to set in will take a far different kind of innovation. Because Sid is not the only one who doesn’t really know [0:44m] “which way things are going”. There are significant misunderstandings between the EU and Boris Johnson on the future trading relationship within the UK.

Between now and the end of the UK’s transition period at the end of 2020, both it and the EU hope to negotiate future relationships. These two videos, and the reaction to them, show the depth of feeling that still exists in the UK today. Tory negotiators will need to keep this at the fore as they attempt to clean up their mess. Let’s hope for the sake of British people, and the further hardship they could experience, that eleven months is enough to do this.