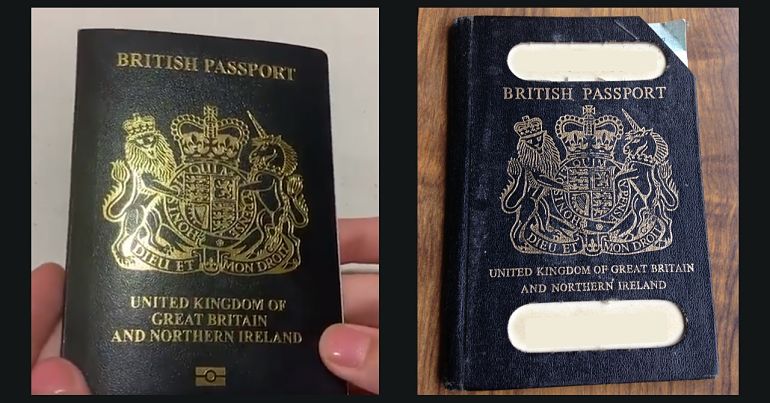 In 2017 the UK government excitedly announced that the ‘iconic’ blue passport would be returning. Brexit talking head Nigel Farage declared: “In the 2016 referendum, we wanted our passports back. Now we’ve got them back!”

This writer was among many people of a certain age scratching their heads and trying to remember what blue passports had looked like. Surely they used to be black? I found an old one in a draw: 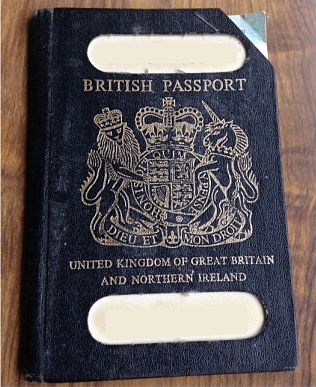 But nevertheless the reveal, from then-immigration minister Brandon Lewis, featured a design for the post-Brexit document that was unmistakeably blue. Grey-blue, but blue.

In the aftermath of the referendum, the actual power of a UK passport began to decline. And the government then faced ridicule when it announced that the new passport wouldn’t be made in the UK. Instead, a French-Dutch company had won the contract and would produce the passports in its factory in Poland.

Images of the new passport in the flesh began to seep out a couple of weekends ago, only to be submerged by a news cycle full of flooding coverage. Now people are starting to catch up and the question of what constitutes blue is up for debate. The finished product is certainly very different from the 2017 mock-up:

Britons will once again be able to travel with a blue passport when the iconic colour returns for the first time in almost 30 years. pic.twitter.com/rBZ4bvu1Qn

So much for bringing back the old colour:

After all, surely a passport is only as good as its ability to get you across borders?

I’d rather have a burgundy coloured EU passport that gives unrestricted freedom of movement to live, work, study and travel around 27 other countries than a blue coloured UK passport that doesn’t offer these freedoms. Please retweet if you agree. pic.twitter.com/eb0MniPG93

The blue / black conundrum had some people looking to George Orwell’s 1984 for a precedent:

'They were black. They looked black. Everyone referred to them as black. I remember it. I was alive then.' This was the thought Winston clung to as he worked through the archives, painstakingly changing every occurrence of the word 'black' to 'blue'. https://t.co/BTmTO9ZWE8

Maybe this will form part of the new citizenship test:

Honestly think this is some kind of test. If you're willing to say that this obviously black passport is blue, you're a good fit for Johnson's hard-Brexit Britain, where the truth is whatever the government says it is. Those of us who insist it's black will be unpersoned.

Or it could, like so much about the Johnson / Cummings regime, be some kind of weird misdirection:

And so with the planet on fire, our nation withdrawing into isolationism, racism and the far right on the rise, this.. THIS.. is what matters so much to some.https://t.co/sMsaLdYUFF