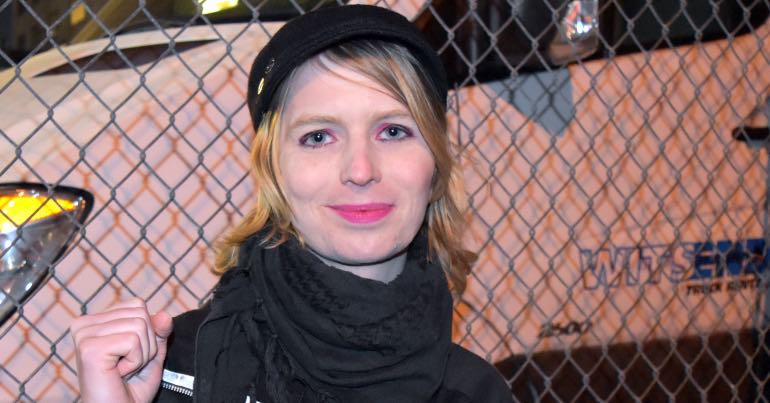 Chelsea Manning is recovering in hospital after a suicide attempt on 11 March. Manning is in prison for refusing to testify in front of the WikiLeaks grand jury.

Calls are now growing for her release from detention that Nils Melzer, the United Nations special rapporteur on torture, described as “open-ended” and “progressively severe”. Melzer argued that her treatment contained:

all the constitutive elements of torture, or other cruel, inhuman or degrading treatment or punishment.

In 2013, former US army intelligence analyst Chelsea Manning was convicted of violating America’s Espionage Act – along with other offences – and sentenced to 35 years imprisonment.

Manning was responsible for leaking hundreds of thousands of documents relating to the invasion of Iraq and the Afghanistan conflict. These were subsequently published by WikiLeaks.

Manning is now refusing to testify against Julian Assange and WikiLeaks. As she explained in a letter to the judge in 2019:

I object to this grand jury … as an effort to frighten journalists and publishers, who serve a crucial public good. I have had these values since I was a child, and I’ve had years of confinement to reflect on them. For much of that time, I depended for survival on my values, my decisions, and my conscience. I will not abandon them now.

Many people described Manning as a hero on social media:

Chelsea Manning is a hero of our age. This is terrible news. https://t.co/6ZHO6Cc84K

Incredibly sad news – a hero of our age. https://t.co/8GL3KujMoo

And Naomi Klein described her courage as “simply astonishing”.

Sending so much love to Chelsea Manning, whose courage is simply astonishing. https://t.co/8jM03TM6Bz

Manning is scheduled to appear in front of Judge Anthony Trenga on 13 March. As Coburg wrote in The Canary, “Manning’s lawyers have issued a motion, arguing that their client is incoercible and so should be released”. Her lawyer Moira Meltzer-Cohen stated:

The key issue before Judge Trenga is whether continued incarceration could persuade Chelsea to testify. Judges have complained of the ‘perversity’ of this law: that a witness may win their freedom by persisting in their contempt of court. However, should Judge Trenga agree that Chelsea will never agree to testify, he will be compelled by the law to order her release.

On social media, many people called for her release:

It’s no secret that the U.S. “justice” system is a bastion of barbarism, but its treatment of @xychelsea has been truly beyond the pale.

Manning is a hero. She’s shown immense bravery under intense repression in conditions that Melzer found amount to torture. Yanis Varoufakis argued that her treatment shows the hypocrisy of liberal democracies and their stance on human rights:

And so, the torture of Chelsea Manning (to force her to lie about Julian Assange) continues year in year out. Putin, Xi, Orban and assorted despots are laughing their heads off as our so-called liberal democracies shred human rights https://t.co/8M09A9zwte

And as journalist Matt Kennard stated, “those who remain silent are complicit”.

Be in no doubt. The US/UK govts are trying to break Manning+Assange. They want to send a message: if you expose our crimes, we will destroy you. These prisoners are the frontline of battle to hold on to our freedom. Those who remain silent are complicit. https://t.co/t6XcI1hiIb

We must not remain silent. Manning’s treatment cannot and should not be allowed to continue. And every single one of us needs to speak out and call out this gross injustice against a brave and principled whistleblower.