No kidding, this story from Wales is the light relief we all need right now - The Canary 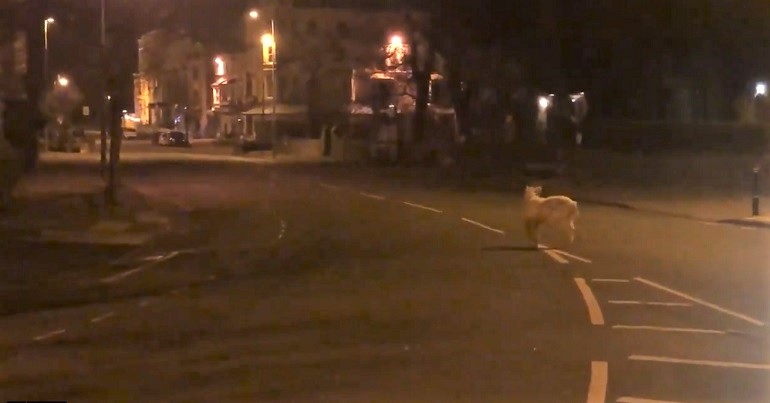 It’s day six of the coronavirus (Covid-19) lockdown in the UK. And with some people having self-quarantined for even longer, it isn’t surprising that they’re worried they might start seeing things.

So when Andrew Stuart, a journalist in Llandudno, saw goats roaming the street at night, of course, he was sceptical. He had to record the sighting as proof:

I think I just got a group of goats in Llandudno arrested.

Let me explain… first, I saw this from inside a dark pub (the one I live in currently). I thought I was seeing things. So I took some video: pic.twitter.com/RtxYG6htLC

Worried about the havoc goats about town might wreak, Stuart describes calling the police and getting the goats “arrested”. But not before determining that they were, in fact, breaking social distancing rules:

They weren’t moving from their midnight feast. And they were probably going to run riot on the town, what with nobody being about due to the lockdown. I also wasn’t sure if they were keeping the required 2m apart. pic.twitter.com/Yn69JWDV8p

The police are now dispersing groups of more than two people for breaking lockdown rules. Responding to Stuart’s report of “kids… running riot”, they did turn up and herd the goats away:

And they sent a patrol car down who turned on the big red lights. So, I’m sorry if the goats got arrested. But they were being very naughty.

Also, close the gates behind you on the Orme.

And stay 2m apart at all times.

Too bad they didn’t learn their lesson, the stubborn goats. They were back the next day, making the most of the empty streets. And they were still gathering in groups of more than two:

Goat update: they’re back, and they’re gathering in groups of more than 2 🐐 pic.twitter.com/Bc2N42SPGo

Clearly these goats are a law unto themselves. With those horns though, staying 2m away is definitely a good idea:

The goats may not have ended up in lockup, but Stuart’s account definitely provided some much needed light relief in otherwise distressing times:

And it’s clear the government isn’t going to live down its failed ‘herd immunity’ strategy any time soon. The initial plan, rather than containing the spread of the virus, was literally to just let a majority of people get infected. This was with a view to ‘building immunity’ amongst the population – an approach that’s unheard of without the use of vaccines. When they said ‘herd immunity’, this probably isn’t what they had in mind:

At the end of the day, we may be living in dark times, with an incompetent government and police too excited about new powers. But if you can see goats outside your window and record them for Twitter, things definitely aren’t all bad.