If you're with British Gas, you need to read this right now - Canary 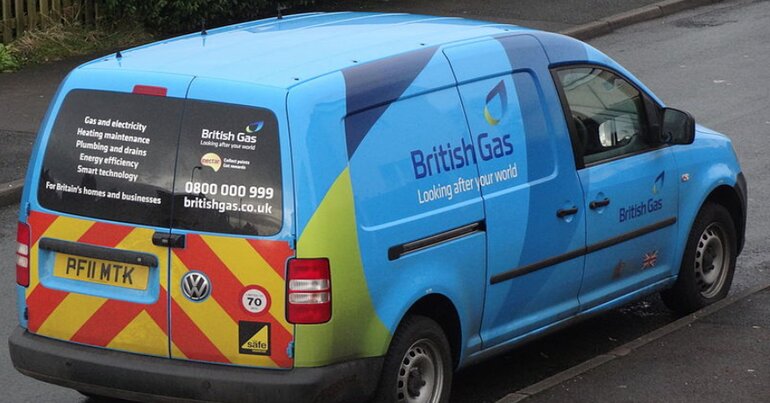 Thousands of British Gas staff are waking up today without a job simply for refusing to sign away their rights. The company told workers to accept new contracts or face unemployment. Despite months of negotiations, British Gas is firing them anyway.

British Gas is running a ‘fire and rehire’ heist. This is where a company fires employees to avoid meeting the terms of their contracts and rehires them on a new, worse contract. After seeing its profits drop by “more than a third“, British Gas is culling staff and imposing worse conditions for its engineers. The problem is the heating part of the business remains profitable. So it feels like rank and file workers are paying the price for mistakes made by people with far greater salaries.

As engineer Daniel Caie wrote in the Tribune in March:

It’s important to stress the depth of service within British Gas. I’ve been with the company for nearly 10 years now – and I am still the joint-newest member of my local team. Countless engineers would be able to say that they joined after leaving school and worked for the company all the way to retirement.

One look at the LinkedIn of our CEO shows that he has worked for six companies in 20 years. Engineers who have given their working lives to the business have a healthy sense of reservation about someone who is unlikely to hang around to see the long-term damage wrought by fire and rehire.

Caie and his fellow engineers continued to hold out. They fought for a solid year. But today, Caie took to Twitter to say goodbye to the company:

It's my last day at British Gas today. I'm getting dismissed for not signing their new contract.

So big thank you's to:

The Inverness & Elgin team for being sound and sharing vital experience throughout my 10 years.

And he was far from alone:

So by this time tomorrow I along with many others will be fired by British Gas. What have we done wrong? Absolutely nothing, we just didn't agree to their new contract that would make us work longer hours for less pay. 30 years of loyal service counts for nothing. 🥲 #britishgas pic.twitter.com/iULn3FZvvF

This time last year I was delivering vital medical equipment with my mates for housebound and vulnerable NHS patients between emergency breakdowns for British Gas customers.
Today my van was picked up ahead of my dismissal on Wednesday#StopTheBritishGasFire #EndFireAndRehire pic.twitter.com/VM3m5mW3jS

So today I handed my blue van after 19 years loyal service. It’s not how I wanted my time at British Gas to end, but because I won’t sign an inferior contract of employment I was given notice so as one chapter closes a new and exciting chapter awaits. So 40233 signing off pic.twitter.com/rYdejLbqxh

Today hundreds of British Gas key workers are being sacked – despite years of service for a highly profitable company.

No redundancy pay.
No apology.
Nothing.

Why? Because they refused to sign a worse contract.

British Gas should be ashamed of themselves.

This time, you can do something

Unlike much of the bad news at the moment, you can actually do something about this. GMB Union and the employees are asking for your solidarity. You can call or email British Gas right now, and you can switch suppliers. You can tell them that you won’t support a company that treats long-serving, loyal staff this way:

If you're a British Gas customer, today would be a good day to switch your service provider to a company that doesn't use despicable 'fire and rehire' tactics to attack their own workforce.

I'm not with #britishgas and it would be great if all my followers weren't either. Solidarity with all those losing their jobs today. #StopTheBritishGasFire @BritishGas

Cancelled my #BritishGas contract. Absolutely appalling what they are doing to their employees.

Thousands of others are taking action, and together we can stand up for working people everywhere.