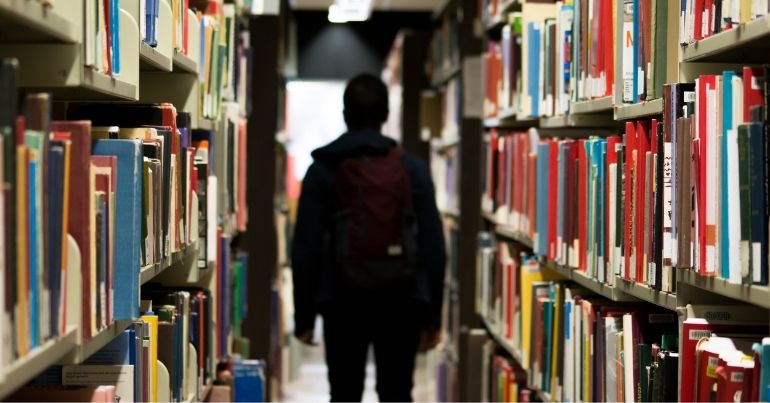 A report published by Ofsted on 10 June has revealed that sexual harassment has become “normalised” for children and young people in schools. Although many expressed ‘shock’ at the report’s findings, others pointed out that the prevalence of sexual abuse in schools should come as no surprise.

Ofsted’s survey included over 900 children and young people in 32 UK schools and colleges. The report found that approximately 9 in 10 schoolgirls recalled sexist name-calling and being sent unwanted explicit pictures and videos. Ofsted found that children often don’t report incidents of sexual harassment due to “fear of social exclusion by peers” and concerns “about how adults will react, because they think they will not be believed, or that they will be blamed”.

The inspectorate also found that teachers and school leaders “consistently underestimate the scale of these problems”, and that relationships, sex and health education (RSHE) does not sufficiently prepare children and young people to navigate these issues.

Many children & YP said they don't talk to adults in their lives about this because they are worried about next steps, that they'll be excluded by peers, or simply because these things are so commonplace they see it as normal or that nothing will be done

Scale of the problem

Ofsted launched its review after campaign group Everyone’s Invited published thousands of testimonies from children and young people detailing their experiences of sexual harassment and abuse. Revealing the scale of the problem, the group has published the names of the 2,962 UK schools that children and young people mentioned in their testimonies.

Today, we are exposing the severity of rape culture through naming, for the first time, a list of 2962 UK schools mentioned in the testimonies received on Everyone’s Invited. The names of the schools are available on our website as of tonight.https://t.co/YuNRyTFhMg pic.twitter.com/gYhPMNm1YZ

The schools we should be worrying about are the schools not mentioned on Everyone’s Invited.

Some school heads have told their pupils not to share their testimonies with Everyone’s Invited. Why are some headteachers silencing survivors? Why is the reputation of institutions being prioritised over victims of rape and sexual abuse?

This review shocked me. It’s alarming that many children and young people, particularly girls, feel they have to accept sexual harassment as part of growing up. Whether it’s happening at school or in their social life, they simply don’t feel it’s worth reporting.

However, the report’s findings should not come as a surprise to anyone who listens to children and young people’s voices and experiences. Indeed, young people have been campaigning to challenge patriarchal school norms. For example, in March, Highgate School pupils staged a protest in opposition to the institution’s “rape culture”. And King’s School pupils revealed a school uniform policy which required girls to kneel on the floor to measure the length of their skirts. As head of the NSPCC Peter Wanless highlighted, this report demonstrates that young people’s voices must be at the heart of initiatives to prevent sexual abuse and harassment in schools.

Highlighting the Department for Education’s inaction on the issue of sexual abuse in schools, Jess Philips tweeted:

Least surprising news ever. DFE told of this in 2016, again in 2017, they were taken to court over it in 2018, in 2019 we told them again that guidance didn't work. 2021 watch as Ministers act shocked & promise action. Truth is, they were rolling their eyes at girls for years. https://t.co/vU1TEAzw6V

Nor is it a surprise that this has come to light because of the activism and campaigning of young women who realised they had to come to their own rescue. Well done – again – to Soma Sara and Everyone's Invited @ei_culture

Is any woman or girl surprised by the findings of the OFSTED report into sexual harassment prevalence in English schools? Not sure if it’s been looked at in Wales, but this has ALWAYS been an issue, it’s ALWAYS been normalised and it’s NEVER taken seriously.

Is any woman really surprised by the OFSTED findings? Even at primary school level, I’m finding myself correcting and explaining why certain phrases the boys have heard from peers aren’t appropriate. It starts young and it’s a byproduct of a patriarchal society.

As Shearsmith points out, the normalisation of sexual harassment and violence in schools is a symptom of our patriarchal society. Our scope for transformation must be society-wide, not just focused on individual schools.

Ofsted has set out a number of recommendations for schools, colleges, and the government. It recommends that school leaders “should develop a culture where all kinds of sexual harassment are recognised and addressed”. The inspectorate’s recommendations to the government include developing new guidance for children and young people, and launching a campaign to educate young people, parents, and carers about sexual abuse.

So, does this report solve it all? Certainly not – it was never meant to. Still, I really hope it does justice to the 100s of stories we heard from children, young people and professionals. I also *really, really* hope it leads to action.

Calling on the government to implement change, The End Violence Against Women Coalition tweeted:

A problem of this scale needs a response that matches. We call on Ministers to convene taskforce of leaders across Govt, education, & VAWG experts to advise on and drive rollout of a 'whole school approach' relevant to & reflecting girls' lived daily reality. 2/

Ofsted’s acknowledgement that sexual abuse in schools is an issue is only a first step. The inspectorate’s recommendations for change are disappointing, and the secretary of state’s promise to keep funding the NSPCC helpline just doesn’t cut it. In order to create schools in which young people are safe and secure, school leaders must implement radical transformations. So we must now hold Ofsted, the Department for Education, and school leaders to account and ensure that we see real and lasting change.