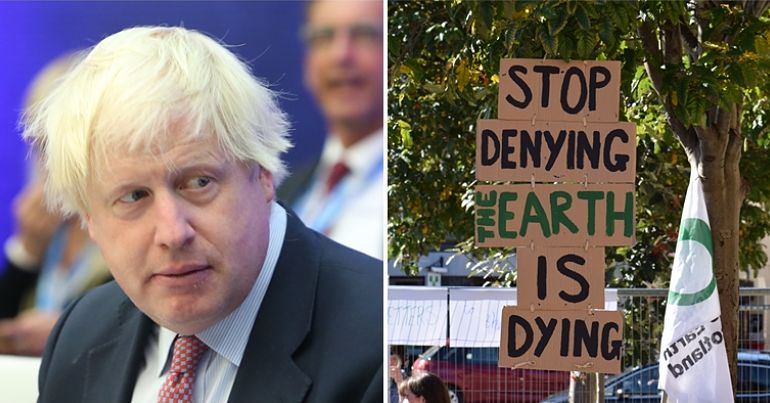 As reported by The Canary, Boris Jonson’s shameful comments about coal pit closures in the 1980s have outraged people. Johnson has also refused to apologise for those comments.

But given the deep hurt Thatcher caused by closing the pits in the 1908s, and the undercover police tactics used to target union members, it’s hard to believe a UK prime minister wouldn’t be aware of how inflammatory such a comment would be. Not to mention the fact that Thatcher did nothing to deliver quality jobs for those miners after the pits closed.

Additionally, it’s hard to believe a prime minister could claim the UK is moving “away from coal” – especially when the UK has continued to import coal. According to Tory Fibs on Twitter:

Boris Johnson incorrect to claim her decision was linked to environment.

And while the transition away from coal hasn’t come quickly enough, it has come at the expense of workers and their communities.

Government figures show that while consumption of domestically-mined coal fell, consumption of imported coal increased. And this was long after the Thatcher years. So while Thatcher closed coal pits and devastated communities, she didn’t end the UK’s dependency on coal: 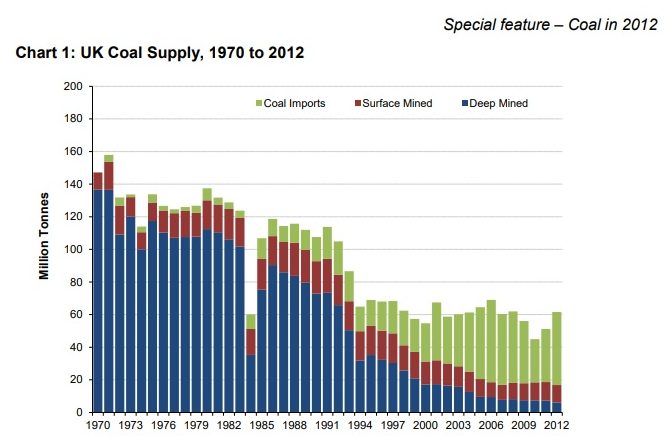 Furthermore, data shows that while “coal has become less used as a fuel for electricity generation”, the UK still imported 6.5m metric tonnes of coal in 2019.

But nonsensical claims from Johnson are sadly something we’ve become accustomed to, and not just on the environment. And as pointed out by Labour MP Dawn Butler, some of his claims are just outright lies. As a result, Butler wants parliament to change so MPs can call Johnson out on his lies. Moreover, lawyer and film-maker Peter Stefanovic has been relentless in exposing Johnson’s dishonesty.

Stefanovic’s video on Johnson’s “rampant lying in Parliament” now has over 30 million views. At the start of that video, he exposes Johnson on the environment. Johnson claims successive Tory governments since 2010 cut CO2 emissions (since 1990) by 42%. This is untrue according to Stefanovic. The real figure is a reduction in CO2 emissions by 39% between 1990 and 2018:

Working TOGETHER we have sent a powerful message to UK News shows if they won’t hold this Prime Minister to account for his rampant lying in Parliament we will do it ourselves!

How long can you ignore it @BBCNews?
pic.twitter.com/PlvEkEij1V

Meanwhile independent fact-checking site Full Fact couldn’t confirm if Johnson’s statements were ‘lies’. However, it did note that he hadn’t corrected any of those errors.

Because it’s hard to believe Johnson could be unaware of the impact of his outbursts, it leaves you thinking that these outbursts might be calculated:

So why say it?

Ignore the dead cat, follow the whiff of corruption. Something is afoot.

COP 26 and the Tories’ environmental position

The UN climate change conference (COP 26) takes place in Glasgow in November 2021. So Johnson’s apparent understanding of the UK’s reliance on fossil fuels is, to say the very least, worrying. Assuming of course he’s not lying.

In reality, the Tories seem to have a jittery relationship with coal. Communities secretary Robert Jenrick’s change of position on the extraction of coking coal in Cumbria highlighted this. Initially, Jenrick didn’t want to intervene in Cumbria County Council’s decision to proceed with a coking coal mine. But then, two months later, he announced a public inquiry into the plans.

Furthermore, as extensively outlined in articles by The Canary‘s environment writer Tracy Keeling, the UK is failing its wildlife and is in denial about the climate crisis.

Any prime minister’s lack of awareness of, or insensitivity to, the devastation coal pit closures caused in the 1980s makes them unfit for office. So too does a weak position on the environment and a questionable relationship with the truth. And incessant as that relationship is, it must never stop us calling it out and calling for radical change.