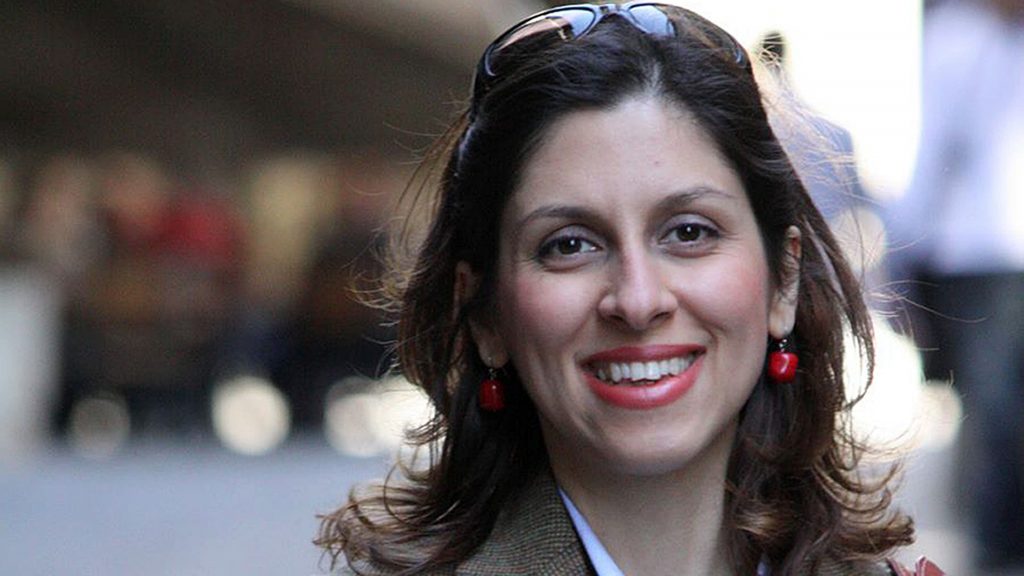 An “urgent intervention” is needed to secure Nazanin Zaghari-Ratcliffe’s release from prison, her husband and lawyers have said. Richard Ratcliffe also warned it was “inevitable” his wife would face an “autumn in court” unless the UK and other countries “called out” hostage-taking as a crime.

Mr Ratcliffe has previously claimed that Iran is holding Ms Zaghari-Ratcliffe hostage to gain “leverage” over the UK regarding an unpaid debt of £400m.

The warning comes as Mr Ratcliffe and a legal team for his wife have filed a special request to the UN, asking for it to work with both the UK and Iran to see Ms Zaghari-Ratcliffe freed. Mr Ratcliffe said:

We have been relatively quiet these past months, waiting and hoping that the Government’s negotiations with Iran would finally deliver.

But these week’s events – Iran’s announcements that hostage negotiations are again on hold, and the attacks on shipping that resulted in two lost lives – were a signal that things have again turned for the worse with the change of government in Iran.

I met the Foreign Secretary this week to get his sense of things. He insisted the negotiations had come close, hoped they could be picked up again under the new regime, and that he was determined not to leave any Brits behind.

I told him I feared the tide had turned, and that a summer of drift would become an autumn in court. I see that now as inevitable, unless the UK and the international community takes a much firmer stand against state hostage taking, and calls it out as a crime.

An “urgent action request and individual complaint” has been filed on Ms Zaghari-Ratcliffe’s behalf by non-profit organisation REDRESS and two barristers at Doughty Street Chambers.

This requests that the UN’s Working Group on Arbitrary Detention should engage with the UK and Iranian governments to free Ms Zaghari-Ratcliffe, following her prosecution for a second time. The request comes in anticipation of an appeal for her second conviction and sentence being scheduled by Iran’s Revolutionary Court.

On 4 August, foreign secretary Dominic Raab said Iran was at a “crossroads” with the inauguration of new president Ebrahim Raisi. Raab condemned the continued detention of Ms Zaghari-Ratcliffe and the 29 July attack on the Mercer Street oil tanker in the gulf of Oman, for which the UK government believes Iran is responsible.

Iran’s continued arbitrary detention of our dual nationals is unacceptable. We urge the Iranian authorities to release the detainees without any further delay.

Ms Zaghari-Ratcliffe was sentenced to five years in prison in Iran in 2016, spending four years in Evin Prison. She spent the final year of her sentence under house arrest in Tehran, but after her release this year was convicted of “spreading propaganda against the regime”.

Is she paying for Britain’s mistakes?

Ms Zaghari-Ratcliffe and her family have reportedly been told by Iranian authorities that she is being detained because of the UK’s failure to pay an outstanding £400m debt to Iran. Writing for Declassified UK, Mr Ratcliffe noted:

The debt owed by Britain to Iran relates to a large sale of tanks to the country from the UK during the Shah’s time. The Shah paid in advance for the tanks, but following the revolution they were not delivered, and the UK kept the money.

The money withheld by the British government is the reason Nazanin has been detained in Iran since her arrest in 2016 while on a family holiday with our then 22-month old daughter, Gabriella.

A few weeks after she was arrested, Nazanin was told by her interrogators from the Islamic Revolutionary Guard Corps (IRGC) that while there was “nothing in her case”, she was going to be held for leverage with the UK. Gradually they revealed she was being held to recover a debt.

Nazanin’s fate has long been in the shadow of the vagaries of this court case in London, and in the hands of powerful, unaccountable old men still arguing over their money.

Our story is actually a warning — for the future. As the UK avoids protesting to governments who are potential or actual arms customers, cases like Nazanin’s will become more commonplace.

What obligations does the government have to ensure its sins are not visited on its own citizens? With a government picking and choosing what protections it offers its citizens, it will be a question asked more and more.

His detailed look at the case can be read at Declassified UK.