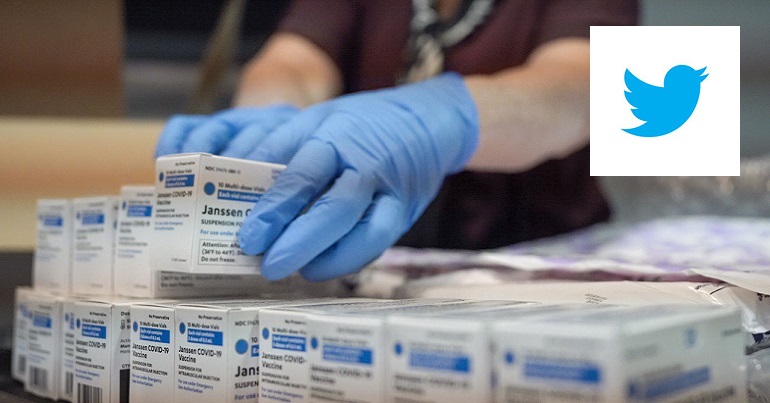 Twitter has locked a registered political party’s account. It’s over a tweet the party posted on coronavirus (Covid-19) vaccines. And clearly for Twitter, the party speaking truth to power over the situation with the worldwide ‘jabbing’ programme was too much for its algorithms to handle.

The Northern Independence Party (NIP) is based in the UK. It’s a registered party. In 2021, the NIP stood a candidate in a by-election. The party describes itself as:

a democratic socialist party, who are committed to uplifting the voices of our members. We were founded in 2020 to combat the injustice of the north/south divide. We stand opposed to all forms of ideology based on hatred and bigotry.

Twitter has locked the Northern Independence Party account @FreeNorthNow for calling for COVID-19 vaccine patents to be made freely available.

NIP is a registered political party expressing a widespread opinion. This is unacceptable political interference. pic.twitter.com/EAEcUw8SPG

It shouldn’t take a new variant to do the right thing, but Omicron should be the wake-up call [to] Waive the Covid vaccine patents

You’d be forgiven for wondering what’s wrong with that tweet. Covax is a scheme set up by the World Health Organisation (WHO) that encourages rich countries and charities to buy vaccines for poorer countries. But the success of the scheme so far is debatable. It had only delivered 230m doses to poorer countries by the end of August. It was forecasting delivery of 1.1bn doses between August and the end of 2020.

Meanwhile, the vaccine roll-out had created nine new billionaires as of May 2021. So it’s no surprise that the NIP would call for firms to waive their vaccine patents. But clearly, Twitter’s algorithms didn’t like this.

The Canary asked the Twitter Comms team for comment. It hadn’t responded at the time of publication.

imagine this had happened to Labour or the Tories… there would be mass coverage of this.

And he noted that:

an American tech firm’s automated intelligence algorithm has essentially, by effect, if not by intention, censored a registered UK political party… we’ve been effectively in essence, censored… this is quite worrying that this can happen to a political party in the UK that has stood in elections.

At the time of publication, Twitter had still not unlocked the NIP’s Twitter. This interference in a political party’s activities is unacceptable. Now, we wait to see what the tech giant’s response, if anything, will be.