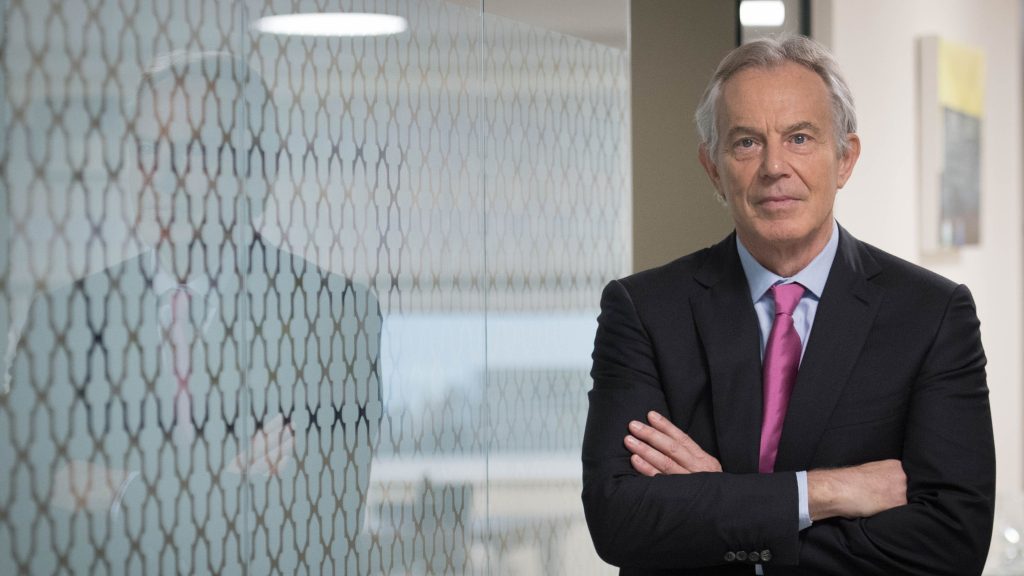 Michael Gove has defended former prime minister ‘sir’ Tony Blair as an “outstanding statesman and performer”. It comes as over a million people have called for Blair’s knighthood to be stripped because of – among other travesties – the Iraq War.

The Tory cabinet minister came to the former Labour leader’s defence after a petition to strip him of his knighthood gathered more than one million signatures. Blair was appointed by the queen as a Knight Companion of the Most Noble Order of the Garter – the oldest and most senior British order of chivalry – in the New Year’s honours list.

Tony Blair caused irreparable damage to both the constitution of the United Kingdom and to the very fabric of the nation’s society.

He was personally responsible for causing the death of countless innocent civilian lives and servicemen in various conflicts. For this alone he should be held accountable for war crimes.

Tony Blair is the least deserving person of any public honour, particularly anything awarded by Her Majesty the Queen.

The UK’s worst war criminal receives the highest honour the establishment can bestow. 'Sir' Tony Blair has the blood of half a million Iraqis on his hands. Terrorists can wear suits & ties, hold high political office & strut the world’s stage.https://t.co/iCHyXqcDuA

Tories of a feather

Involving himself in the controversy, Gove told Sky News on 10 January:

I think we should all recognise that he served this country, he continues to serve this country, and I don’t think it’s possible for anyone to be in a position like that without attracting controversy and without inviting opposition.

But for myself, if I look back at Tony Blair’s record, while there are aspects of it with which I can disagree, I think any fair-minded person would say that he was an outstanding statesman and performer and as a prime minister who put public service first this recognition from Her Majesty is entirely appropriate.

Gove highlighted the introduction of academies (a terrible idea), a “crackdown on crime and antisocial behaviour” (demonising the poor while creating a police state), and Blair’s “recognition of the importance of a country like the United Kingdom being on the side of liberty internationally” (Blair being most famous for ‘liberating’ international people from existence), as policies he agreed on with the former PM.

Gove’s love of Blair didn’t prove that surprising to many:

LOLOL From one Tory to another!…..

Not the person you’d be look for to give a ringing endorsement https://t.co/jGeBX38FLO

Two cheeks of the same arse

It’s noteworthy that when asked what she considered to be her greatest achievement, Margaret Thatcher replied:

We are carrying forward the Blair agenda in education.

Current Labour leader and fellow knight of the realm ‘sir’ Keir Starmer previously said his predecessor had earned his honour, arguing he “made Britain a better country”. Starmer did not comment on whether Blair made Iraq or Afghanistan ‘better countries’. He has, however, commented on Blair and the New Labour years in favourable terms – praising the man much like Thatcher and Gove did.

The Labour Party in general has attracted criticism for supporting Blair and the neoliberal politics he became known for:

It beggars belief that just as @UKLabour get a lead in the polls they fail to read the room by supporting Tony Blair's knighthood and announce plans to help privatise the NHS. Who is in charge of strategy?

This marks a move as far if not further right than Blair on the NHS.@Keir_Starmer healthcare is a right. No part of the NHS should be in the hands of private companies. Labour members and supporters are united on this.

This should not be coming from our shadow health secretary https://t.co/U5ktINQJTh

Gove’s endorsement likely won’t change the mind of anyone who signed the petition to strip Blair of his knighthood. It may, however, make it a little more obvious to some Blair supporters why the man is so reviled. He may not be in the Tory Party, but he’s certainly in the hearts of its politicians.