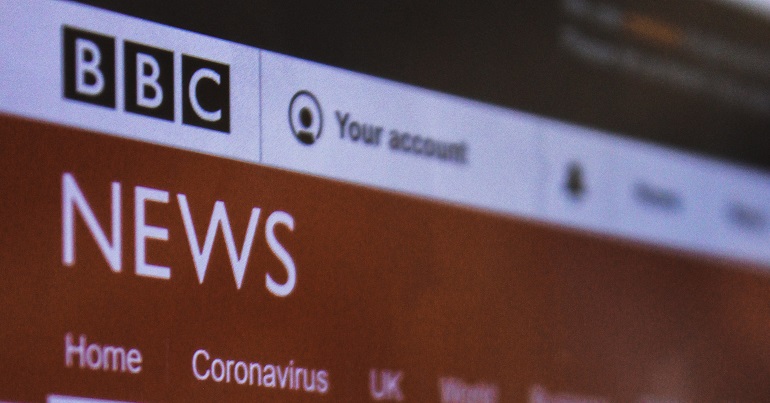 Reports say the government will scrap the TV licence in five years time. In the meantime, it’s expected to freeze the current fee at £159 per year for the next two years. Culture secretary Nadine Dorries said she wants to:

Given what we’ve previously written about BBC bias, scrapping the licence could be a welcome move. After all, there’s no reason why people should have to hand over their hard earned cash to a media outlet that doesn’t fully represent them.

While, of course, there’s a lot about the BBC that people value, it seems that the BBC‘s biased role in defending the political establishment has made defending the licence fee very difficult, and it’s made the slippery slide into privatisation all the more inevitable.

What the licence is supposed to do

The law says we must have a TV licence if we “watch or record programmes on a TV, computer or other device as they’re broadcast”. We also need one if we “download or watch BBC programmes on iPlayer – live, catch up or on demand”.

This licence fee allows the BBC to produce content for television, radio, and online. Part of it also goes towards rolling out broadband and funding “Welsh Language TV channel S4C and local TV channels”. The fee also means the BBC in the UK remains advert free. So far so good – with the added benefit of knowing your favourite programme won’t be interrupted by incessant ads.

So scrapping the licence will have an impact on elements of the BBC that some people value:

Maybe we should call it the David Attenborough Licence instead of the TV Licence?

Hi Nadine. The BBC provides disability programming, Welsh/Gaelic language programming, provides educational resources to schools and colleges and maintains the Freeview transmitter network.
How do they continue to do these things that aren’t profitable under your model?

The problem with the TV licence

But there’s more to the BBC than comedy, nature, and language programming. There’s also news and current affairs. And given the licence fee directly supports this, defending it has become a real challenge. A fee that should go towards quality public broadcasting clearly does not always do that: 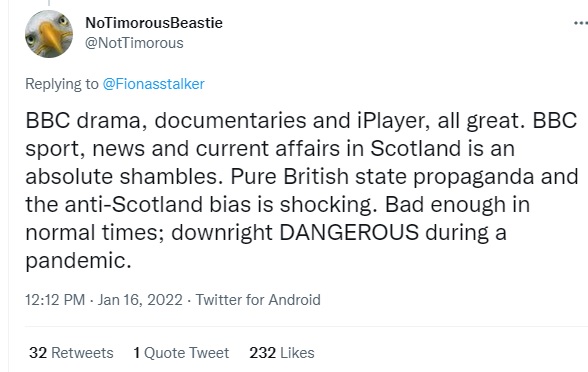 A number of other people on social media, including journalist George Monbiot, hit out at BBC political bias:

I would dearly love to be able to come out in unequivocal support of the BBC, as it comes under government attack.
But while its dramas and a few of its documentaries are excellent, its news and current affairs are such a disaster zone that I find this very hard.
Thread/

It had to happen.
The BBC has brought it on itself with its political bias and obscene payments to favoured individuals.

Cancelled my tv license in 2013 because of the level of BBC bias against independence ahead of the referendum. I’ve never looked back or regretted it for a second. If anything, time has vindicated my choice. https://t.co/n2Ba74XJOS

I happily got rid of my TV licence many moons ago, mainly because the BBC's coverage had gradually only gotten progressively more partisan. Unless its constitution could be quickly, radically rewritten to prevent bias from creeping in again, then good riddance I say

In England you always had to pay for a TV licence to watch any live television– money that goes to funding the BBC. Having to fork up cash like that to support British state propaganda is an insult.

Some people who work for the BBC defended the fee based on how cheap they perceive it to be. But they were soon put in their place:

These arguments make no logical sense to people who do not want these things but are forced to pay for them anyway – that's this issue. It is up to individuals whether or not it is something they want.

He doesn’t want to lose the gig, so he thinks people on minimum wage, who occasionally watch live broadcast TV, should be forced to pay via threat of imprisonment.

And our own Steve Topple added this:

43p a day to keep the country's most toxic news provider going – from helping launch the Iranian coup in 1953, to promoting the second invasion of Iraq, via the pandemic and Corbyn: BBC news's clawed hand has been instrumental in the degradation of our species. Enough already. https://t.co/XIzSHofhpe

BBC bias is what really needs to be scrapped

As we’ve written at The Canary, the BBC is a biased news organisation that represents a real threat to democracy. So whether we defend the licence fee really depends on whether the government actually wants it to be a proper public news broadcaster. Something it clearly doesn’t want.

And failing that change of heart at the national broadcaster, we could all do a lot worse than supporting truly independent media instead.