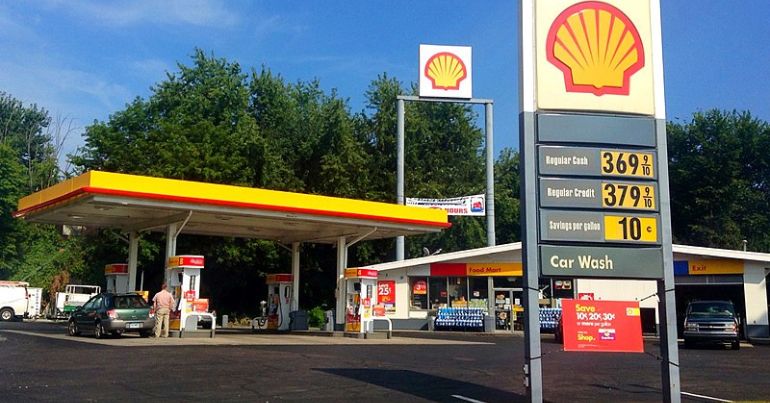 Amid war and a cost of living crisis, the oil firm Shell are making a killing. At over £7bn, the firm’s quarterly profits are their highest ever. However, the windfall comes as oil supplies are disrupted by the war in Ukraine, and bills have soared for ordinary people.

This is despite Russia, a major global exporter of oil, being hit by sanctions. All firms, including Shell, have reduced operations there. Campaigning groups like Greenpeace have already called for a special windfall tax on the giant’s profits.

Others took to Twitter to air their views on the firm’s unprecedented quarter – including trade unionists, who called it “pure greed”:

How dare politicians call this a cost of living crisis when it’s plain to see that it’s pure greed.

One economist called for a 100% tax on Shell’s massive profits:

The fairest and most efficient tax to levy on profits like this is 100%, incidentally.https://t.co/bXnovWdSAu

A professor of accounting said that the government had done nothing to intervene. This meant the gains were nothing short of profiteering:

Shell profits triple to $9.13bn (£7.3bn) in the first three months of the year.
Cost of producing gas/oil hasn't changed, selling price has.
Corporate profiteering = inflation = cost of living crisis.
Govt doing nothing to break up the cartels or check profiteering.

Meanwhile, a Labour MP suggested that the energy market was rigged in favour of the rich:

We are being ripped off.

The energy market only works for the wealthy.

Having a good war?

Another social media user called for a tax to pay for people’s energy bills. They said Shell was “having a good war”:

Shell profits 7.25bl for 3 months of the year. Apparently there is an energy crisis?! 🤣🤣🤣. Someone is having a good war. We need to tax these firms to pay for ppls energy bills.

Even the editor of the Financial Times said an exceptional tax in a time of conflict was justified:

Another Twitter user quipped that Shell must have only eaten cheaper brands to make such a fortune. This was a reference to Tory suggestions that people reduce the quality of their food in the cost-of-living crisis:

Helpfully, someone else pointed out that Boris Johnson had already expressed his view on oil firm profits. Johnson previously told the BBC that energy giants “don’t want” a windfall tax – huge surprise there.

Shell has reported profits of £7.25bn in the 1st 3 months of the year & BP reported £4.9bn for the same period

With these kind of profits there's now excuse for not having a windfall tax#BBCBreakfast pic.twitter.com/sSSMYnbE9R

Oil firms are making massive profits while ordinary people are afraid to turn their heating on. Boris’s excuse that big oil doesn’t “want” to pay taxes doesn’t hold water. In theory at least, it’s the job of government to intervene in the public’s interest. There are no excuses not to enforce a windfall tax on Shell’s billions.