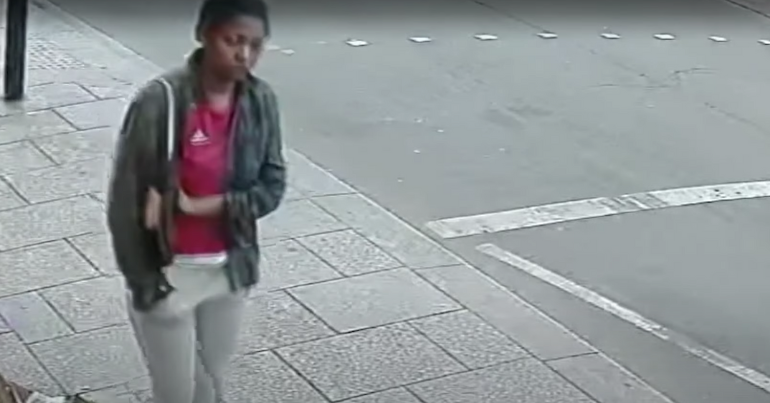 At 11:30 on 20 August 2022, updates on Owami Davies were added to this article in the form of tweets from journalist Lorraine King.

I am begging, I am asking for the public’s help, from the people, to say if you know, if you have heard or seen her, or she passed you, please speak up. All we really want is to find her, all we really need is for her to come home or to know her whereabouts.

Journalist Lorraine King, who has been following up on Owami’s story, said:

Talking to a fellow journalist about #OwamiDavies. She said police appealed for information to find Sarah Everard after 3 days.
With Owami it took 3 weeks.
They've arrested people for murder or kidnap and now they're saying Owami could be travelling on trains.
Very, very strange pic.twitter.com/j1H2E9kSRe

Why are police saying Owami could be travelling on trains?
Most if not all stations have CCTV so have they spotted her in footage?
Why don't they release the footage if that's the case?
Owami couldn't have vanished into thin air so where's the rest of the footage in Croydon?

Social media users have noted that the search for Owami hasn’t had much coverage in mainstream media.

Heartbreakingly, Black women repeatedly don’t get the same treatment that missing white women do. Feminist group Sisters Uncut pointed out as much:

The racist disengagement & lack of urgency from media and state means people who may have vital information to help find Owami could have missed these callouts. Answers to her whereabouts remain unclear. #FindOwamiDavies

Where the news coverage? Where’s the maps of her last movement? This is crazy! She still missing!! #OwamiDavies https://t.co/weEqIDOm9f

One person pointed out that London is the most surveilled city in Europe so it seems unlikely there’s been no other sightings of Owami:

Is London not the most surveilled city in Europe? How is it the last footage of Owami Davies is dated July 7th? Pls where is this girl 🥺

Back in 2021, The Canary’s Sophia Purdy-Moore argued that institutions are failing missing Black people. She said:

The police and government need to take urgent action to address the serious disparities in disappearance rates for Black people in Britain.

This is not a case of pitting victims against one another. This is not a case of saying that white victims don’t deserve the outrage and resources they receive. It is a case of highlighting institutional and systemic failures to treat each and every missing person with the respect and dignity that they’re entitled to.

Missing white people are given much more comprehensive media coverage and a greater sense of collective urgency. We’ve seen time and time again that the same does not happen for missing Black people.

King shared her hopes for Owami’s safe return to her family:

Police say #OwamiDavies could still be alive but is in 'need of help' after a potential new sighting was made of the missing student nurse.
Owami has been missing for 5 weeks now. Someone must know where she is & I hope she is found safe and sound soon♥️https://t.co/fw2MnIz7cL

An account set up to find Owami shared a heartfelt plea:

She is miserable too just like we are, help Owami find her way home. Days keep going up (day 41) this is so painful to bear 💔💔. Please keep walking this journey with us, keep reporting, retweeting, sharing and tagging. We are still holding on to HOPE,

Owami deserves the respect and dignity afforded to missing white people. Anti-Blackness is a fundamental pillar of British life, and we must all work to dismantle it.