Shapps just showed he knows absolutely nothing about the railways 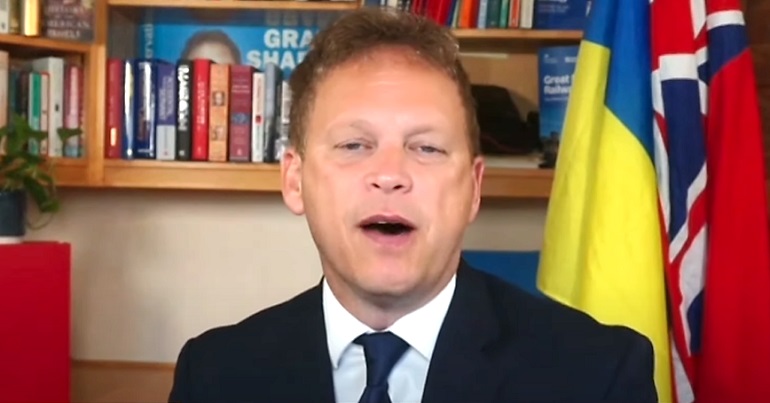 Railway workers are in the middle of three days of strike action over appalling pay and conditions. And the transport secretary just did them a massive favour. Because Grant Shapps exposed live on TV that he knows nothing about the industry for which he’s responsible.

Members of the Rail, Maritime and Transport Workers (RMT) union are holding three days of strikes. Two of these, on Thursday 18 and Saturday 20 August, are across the rail network. Then on Friday 19 August, London Underground and Overground workers are also walking out. As everyone’s favourite leftie, RMT boss Mick Lynch, said:

Network Rail have not made any improvement on their previous pay offer and the train operating companies have not offered us anything new.

RMT will continue to negotiate in good faith but we cannot tolerate being bullied or hoodwinked into accepting a raw deal for our members.

The government need to stop their interference in these disputes so the employers can come to a negotiated settlement with us.

So, what does the transport secretary do (apart from try to make laws to break strikes)? He goes on national TV and makes a fool of himself.

Shapps was on BBC Breakfast. The show had apparently said there was only one train an hour running from London to Manchester. Shapps disagreed, saying:

You incorrectly told your viewers there’s only one train running from Manchester to London… That’s not the case even under the reduced timetable. There’s four trains an hour.

A direct train… There’s only one an hour at the moment.

How many direct trains an hour are there between London and Manchester?
On #BBCBreakfast Charlie Stayt and Transport Secretary Grant Shapps disagreed over the reduced timetable introduced by Avanti on the West Coast main line https://t.co/kbCuZ6EoRJ pic.twitter.com/01l9upbFCK

The BBC Breakfast host was right. As the show tweeted, it’s what the rail company Avanti West Coast has said:

This is the official advice from @AvantiWestCoast on their website pic.twitter.com/8WKK0hD1Se

Not one to admit when he’s wrong, Shapps continued to challenge Stayt, saying:

Well, all I can tell is there are still trains running down the West Coast mainline.

He even questioned Stayt’s defintion of a “direct train”. Twitter exploded, with people shocked that the transport secretary knew nothing about our rail system.

Of course, Shapps is a serial nincompoop. From chaos about travelling during the coronavirus (Covid-19) pandemic to lying for Boris Johnson over Partygate, the transport secretary is one of the more ridiculous figures to have emerged from the Tory Party in recent years – and that’s saying something.

But to expose in the middle of major industrial action that you know nothing about the industry affected? Now that’s peak clusterfucking.