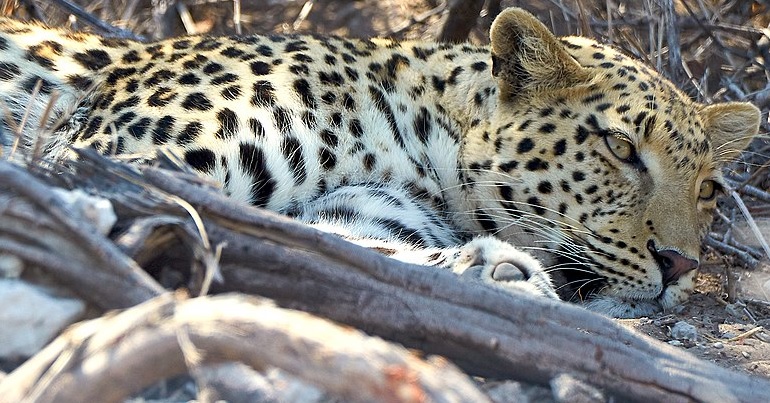 The global wildlife trading body urgently needs to review the assessments it uses to set leopard trophy hunting quotas, according to a recent study. The review is necessary to help stem the species’ decline.

This body is known as the Convention on International Trade in Endangered Species of Wild Fauna and Flora (CITES). Remarkably, the paper highlighted that the assessments CITES uses to “manage” leopard quotas date back to the 80s.

The interlinked environmental crises – climate, biodiversity, pollution, and ocean – reveal that nature is neither static nor short of surprises. This is evident in newly-recognised threats to gigantic ice sheets and mass species migrations that can astonish even scientists. So it’s imperative that policymakers base their decision-making on information that’s as up-to-date as possible.

The study, published in the journal Biological Conservation, looked into factors which affect leopard populations in Zimbabwe’s part of the Kavango-Zambezi Transfrontier Conservation Area. Its authors include individuals from Oxford University’s Wildlife Conservation Research Unit (WildCRU) and the Zimbabwe Parks and Wildlife Management Authority.

The surveys found that leopard populations are now “considerably lower than previous estimates” indicated. They also suggested that there are four key factors that can negatively impact leopard populations. Three of these relate to human activity: they are habitat modification, trophy hunting, and poaching.

The fourth driver was the presence of lions over a certain density. But the study highlighted that the “competitive interactions” between the two species “are not well understood”, with other studies showing “positive associations” between them.

In light of their findings, the researchers called for a review of the assessments CITES currently uses to determine leopard trophy hunting quotas. The authors pointed out that these assessments date back to 1988.

On the contrary, the researchers argue that their findings suggest:

The researchers added that both national and international authorities need to urgently revisit how they manage leopard populations.

CITES is at odds with its own principles

As The Canary has previously reported, CITES is a global agreement between most states – known as parties – on international wildlife trading. Its primary purpose is meant to be ensuring that trade doesn’t drive species to extinction.

Wildlife journalist and author Dr Adam Cruise has asserted, however, that in practice CITES is:

But even on its own terms, it is effectively failing in the case of leopards. This is because the ‘use’ of leopards it’s currently permitting doesn’t appear to be sustainable, and it’s therefore unlikely to preserve them for future ‘use’.

A 2020 study about leopards raised this issue too. It involved some of the same authors as the recent paper, namely WildCRU’s Andrew Loveridge and David McDonald. The paper stated that for decades:

The way in which the CITES leopard quota regime has been operating is fundamentally at odds with the principles of sustainable use, precaution and adaptive management.

Is sustainable use past its sell by date?

Others, such as Cruise, have questioned whether sustainable use, particularly in relation to trophy hunting, is a doctrine that is itself past its sell by date. Simply put, sustainable use means constricting use of the world’s species to levels that don’t threaten their existence.

The journalist embarked on two elephant-focused investigations in recent years to put the doctrine to the test. In 2021, he carried out a two-month-long probe in Namibia with fellow journalist Izzy Sasada. Namibia is arguably the poster child for sustainable use. Then in 2022, Cruise released findings of a further month-long investigation into Botswana’s sustainable use policies.

In both cases, Cruise reported that such utilisation was damaging wildlife populations. He also found that the policies didn’t sufficiently help communities either, who ostensibly should financially benefit from such wildlife use.

As the Daily Maverick highlighted, in the case of Botswana, Cruise reported that:

Trade – not species – comes out on top

Officials from Namibia and Botswana pushed back against the investigations, similarly arguing that Cruise had an axe to grind against trophy hunting.

However, the leopard studies provide an example of how CITES itself is even failing to make sure that the use of wildlife it greenlights is sustainable. The studies indicate that the main beneficiary of CITES’ outdated quota-setting is the leopard trade, rather than leopards themselves. This trend is echoed in other controversies involving the international body.

CITES’ governing bodies, including parties, should be reminded ahead of its next major conference in November that the promotion of trade isn’t the convention’s primary function. The global community set up CITES to safeguard species’ survival in the face of excessive international trade. It’s about time it started acting like it.