Twitter is full of commentary and critique of the monarchy - Canary 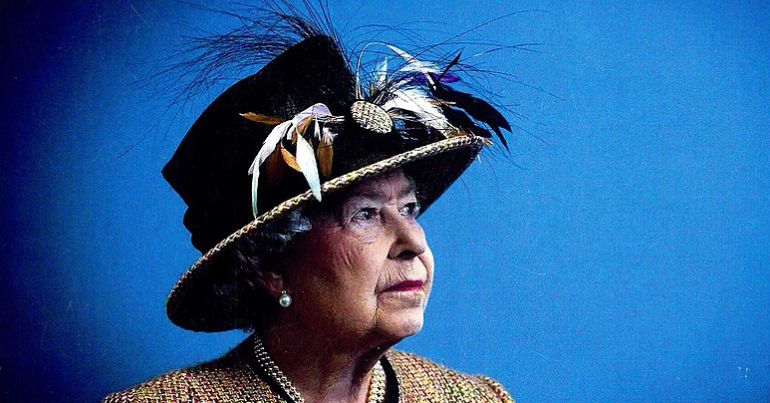 Queen Elizabeth the second is dead at 96. And in the wake of her passing, dissent and humour have been cancelled. That’s right, there is no platform for critical voices. Perhaps until the new king, Charles III, says there is. No space is afforded for humour in the bombardment of news coverage by weepy BBC hacks. And there is nothing to be said at all about corporate statements of grief from the likes of Greggs, Ann Summers and Screwfix.

Twitter, however, has been giving many of us life while news presenters and social media teams have been doing serious face. Because while the top-down view is that the Queen was and remains as a saint, and the monarchy is at virtually all times above reproach, not everyone is a fan. As is their right.

Some responses were minimalist in their response to the passing of the hereditary monarch. No doubt due to being overcome with grief:

Rapper Lowkey showed how important it was to reframe the memorialising:

Yes, and she was 31 when her military had 1.5 million people in a network of concentration camps in Kenya. https://t.co/XImYZb12y6

Activist and comedian Aamer Rahman picked up on those saying the leader of the commonwealth’s passing should only receive solemn reactions:

“She was someone’s mother-”

So sorry chaps, I regret to inform you that anyone’s mother or grandma who was the figurehead of imperial conquest and lived off public money for doing nothing her whole life is really getting roasted regardless

After all, what could the countries below all have in common? Colonialism, perhaps?

The demographics of mourners doesn’t appear to be an accident either, as The Canary’s Afroze Fatima Zaidi noted:

As Jon Snow said, "I've never seen so many white people in one place!" https://t.co/yT2AS9xZBR

Actual adults took to posting a picture of the Queen hand-in-hand with Paddington Bear, being followed to heaven by a corgi draped in bunting. This naturally led to fears Paddington was the Grim Reaper:

is… is paddington bear Death? pic.twitter.com/FXdWbZcmyg

While one Celtic fan stumbled across what must be a frontrunner for most bizarre spectacle so far – a veteran downing a glass of booze before intensely saluting his phone camera:

Given the overblown responses, it’s no surprise people who aren’t fans of inheriting sovereigns turned to people who might have a more balanced take:

computer, show me tweets only from ireland

For the enslavers of our ancestors??? Be serious.

Others were curious about exactly what had been postponed in the period of mourning:

Have they suspended immigration raids and evictions out of respect or just the things people enjoy like football and strikes?

Some Twitter users questioned claims in the Daily Mail that the Queen had appeared as a cloud:

When you've exhausted all the angles. https://t.co/578tJfiseP

There were plenty more observations which might have been tongue-in-cheek but also made some serious points:

I think the Queen would want us all to live the way she did, with free public housing, basic universal income, and full government health care.

Finger waggers were ready on Twitter to warn people that it wasn’t the time to discuss colonialism or justice. Mic Wright had a ready answer:

From 8 years after Queen Elizabeth’s coronation until well into the 1970s, the British government engaged in Operation Legacy, destroying records of the British empire’s crimes. Now *is* the time to discuss this kind of detail because her death is used to push a sanitised history

The truth is that monarchs and other powerful figures have always been mocked and rightly so. The mainstream media of Britain will reflect the views of the ruling class throughout this period. But their opinion is not the only legitimate one.

While the monarchy remains popular, largely because it is misunderstood as decorative and benign, other views also exist. And as long as there is unaccountable power, it will be subject to humour as a form of resistance. There’s truth to be found in that humour.