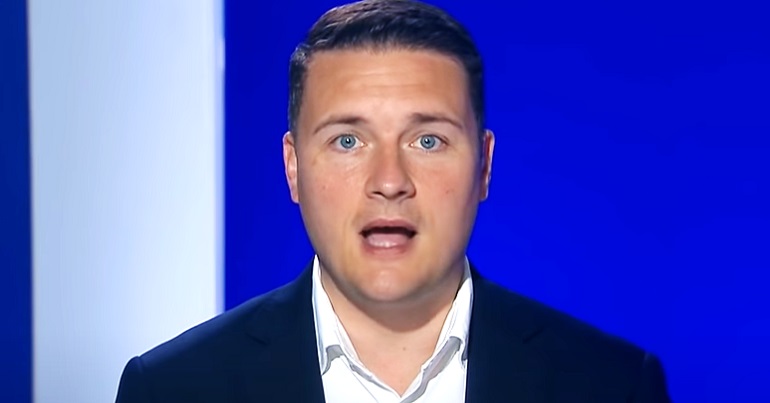 Wes Streeting caused a storm on Wednesday 9 November when he referred to Jeremy Corbyn as “senile” in parliament. But it wasn’t the only time in recent days that he’s thrown an outdated, offensive word at somebody.

As Politics JOE tweeted, Streeting called Corbyn “senile” in parliament. It was in response to the former Labour leader trying to raise a point of order about Rishi Sunak’s repeated referencing of him during Prime Minister’s Questions (PMQs):

Jeremy Corbyn tries to raise a point of order in the House, after Rishi Sunak mentioned him again during #PMQs.

People were rightly angry. The word ‘senile’ is an insult and mental health slur. As Healthline wrote:

Today, “senile” is generally considered an insult and is not used except as part of archaic medical condition names. The more accurate way to refer to natural changes of aging, especially those related to mental and intellectual functioning, is “cognitive changes.”

I lost both my parents to dementia, in 2017 and 2018. It was devastating. But even in their worst states, they each had a thousand times more grace and dignity than @wesstreeting could ever have.

Absolutely disgusting thing to joke about and he should be ashamed.

As always, Corbyn acted with dignity – using the furore about Streeting’s comments to tweet a rallying cry over dementia:

Dementia is the leading cause of death in the UK. By 2025, over 1 million people will be suffering from the disease. The impact on loved ones is unquantifiable.

Now, more than ever, we need a National Care Service — publicly funded and free for all those who need it.

Streeting has since apologised. He said to Owen Jones on Twitter:

In jest, but I accept in poor taste. I’ve dropped Jeremy a note directly to apologise for any offence caused.

However, this wasn’t the only offensive slur Labour’s shadow health secretary has used recently.

On 8 November, accounting professor Richard Murphy quote-tweeted Streeting regarding a comment he made about the NHS. In response, Streeting said Murphy’s tweets were “increasingly hysterical”:

Your tweets are increasingly hysterical.

My position is the opposite of what you suggest.

My argument is that we need to change the model of care from late diagnosis and more expensive treatment to earlier intervention – better outcomes and more cost-effective.

He doubled down on calling Murphy’s tweets hysterical, saying:

The problem with Streeting’s comments is that ‘hysterical’ is also an insult – it’s misogynistic and sexist.

As Shalome Sine wrote on her Medium page:

Hysteria comes from the Greek root hystera, meaning ‘uterus.’ Originally, it was believed that hysteria and hysterical symptoms were caused by a defect in the womb, and thus, only women could become hysterical.

She continued by noting that medical professionals claimed hysteria was an actual physical and mental health condition for years. Spoiler alert: the condition doesn’t exist. Even to this day, things like the pseudoscientific ‘conversion disorder’ are essentially psychiatrists dressing up hysteria for the 21st century. Meanwhile, medical professionals dismissing women with the neuroimmune disease myalgic encephalomyelitis (ME) has its roots in the misogyny of hysteria.

So, as Sine wrote, even now this “ridiculous” idea still permeates society:

Women are typically considered less reasonable. When we’re upset, we get asked whether we are on our period. When we’re not upset, and instead feeling emotionally level, we’re considered cold. This horrendous catch-22 leaves us with only one socially acceptable option: smiling and acting warmly toward those around us is the only attitude considered appropriate for us. For women, reasonableness is simply not a social expectation. Smiles are.

She also noted that hysteria also impacts on other genders too:

Men could not be diagnosed with hysteria because they did not have wombs. Besides, they were supposed to be too strong for these ‘womanly’ diseases. In turn, they could not (or would not) be treated for their psychological distress.

So, as Sine summed up:

We have a lot to learn from this. Sexism and rape culture are woven through the language we speak. It’s important to recognize these words, learn our history, and change the future for the better.

I, for one, know I won’t be using the word ‘hysterical’ any time soon.

Yet Streeting repeatedly used it. Now, Murphy is a man – but the point is that using hysterical in any context legitimises people using the word. It’s this that we need to root out.

For the shadow health secretary to use the word ‘senile’ is really bad. However, Streeting has clearly missed the connotations around ‘hysteria’, too – again, something you think he’d know as the shadow health secretary. The Canary has previously used “hysterical” or “hysteria” in articles. But we didn’t know better, and have since learned. So, hopefully Streeting may read this article and apologise and learn himself. We won’t be holding our breath, though.