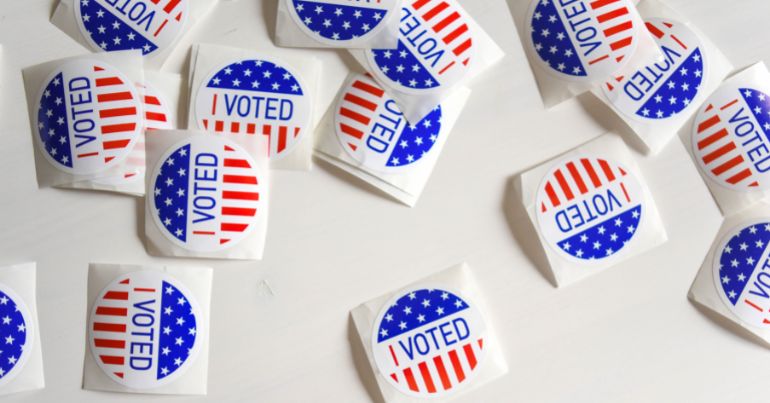 2 comments
Support us and go ad-free
The Democrats outperformed expectations during the United States (US) midterms, which took place on Wednesday 9 November. Control of both chambers of the US Congress is still unconfirmed as counting continues. The Republican party may still retake the House of Representatives, but the Senate outcome remains unclear. This is a surprising and disappointing outcome for former US president Donald Trump and the Republican establishment. They expected to easily retake the House, and possibly take the Senate. 18-29 year olds (the generation known as ‘Gen Z’) voted for Democrats more than any other age group during the midterms. This suggests that young voters are largely responsible for the array of progressive successes during the midterms.

Political analysts forecast an overwhelming wave of Republican wins in the 2022 US midterm elections. However, the Democrats have done surprisingly well. Importantly, a number of Trump favourites lost out to the Democrats. For example, Republican Mehmet Oz conceded to the Democrat’s John Fetterman in Pennsylvania.
Celebrating the success of progressive youth electoral organising in halting the predicted Republican ‘red wave’, Nelini Stamp tweeted:

This is not a red wave a red tsunami. Honestly it’s one of the best midterms for an incumbent President ever. Does that mean we have to continue, obvi AND it’s because of the hard work of ORGANIZERS and progressive orgs that did this. Period dot.

If it wasn’t for Gen-Z, there would have been a red wave.

The polling shows that OUR generation voted for Democrats more than any other age group. WE are the reason Democracy will stand.

We now have a seat at the table. Time to start listening.

Gen Z voted like a generation that has done active shooter drills since elementary school told that they aren’t allowed to read books by anyone who isn’t straight and white. In doing so, they saved the election.

Gen Z for the win

Missouri legalized weed, Nebraska passed $15 minimum wage, Montana and Kentucky rejected abortion bans, and Kansas re-elected their Democratic governor. Maybe it's time to move past writing off entire states and see that people will support progress if we organize and fight.

Recognising the major influence of the youth vote in the Democrat’s midterm election wins, US president Joe Biden tweeted:

I want to thank the young people of this nation who voted in historic numbers, just as they did two years ago.

They voted to continue addressing the climate crisis, gun violence, their personal rights and freedoms, and student debt relief.

Underlining the need for the Democrats to deliver on their promises to take action on the issues that impact young people’s lives, Julianna shared:

The narrative is not : Young people showed up because they love Joe Biden.

The narrative is: Young people showed up because our President and congress finally invested into our lives, and we finally felt seen & heard.

You want these same results keep doing it!

Minoritised candidates win in the US midterms

Likely due to the high turnout of young, progressive voters, the US midterms saw a number of successful progressive candidates who belong to marginalised and oppressed groups.

For example, the state of Florida voted in 25-year-old activist and politician Maxwell Alejandro Frost, making him the first Gen Z and the first Afro-Cuban candidate elected to Congress. Frost is the former national organising director for March for Our Lives, a nationwide movement for gun control. Celebrating his election win, Frost tweeted:

I am Congressman-Elect Maxwell Alejandro Frost and I will be the first member of Generation-Z in the United States Congress.

WE MADE HISTORY!!! Don’t count young people out. pic.twitter.com/Nd3vr5iPT0

Meanwhile, Mauree Turner, who became the first non-binary person elected to a state legislature in the US in 2020, will return for another term. Celebrating this win, activist and queer legislative researcher Erin Reed shared:

This election has been a near sweep for trans and non-binary candidates! https://t.co/1Xe57Gt4wY

Sonya Emerick, a trans, queer, disabled candidate, wins a Minneapolis at-large school board seat. All over the country, LGBTQ+ candidates are being elected and voters are resoundingly rejecting anti-trans policies. pic.twitter.com/FmNTUhhRXM

Lots of Muslims winning in their respective states tonight.
🤲🏽📿🕌🕋 pic.twitter.com/XhsMaiLYEL

As is always the case with US politics, the 2022 midterm election wasn’t all roses. For example, Black Democrat and impactful voter rights campaigner Stacy Abrams conceded to Republican governor Brian Kemp in Georgia. Other Black Democrats such as hopeful US Senate candidates Cheri Beasley and Val Demmings also lost out.

Meanwhile, the state of Louisiana voted to maintain the legal loophole in the 13th amendment of the US constitution, which abolished slavery and involuntary servitude “except as a punishment for crime” in 1865. Devastated by this outcome, academic Jenn Jackson shared:

The fact that slavery was on the ballot in five states and actually won in one (Louisiana) and was too early to call in another (Oregon) should dismantle every claim about the inherent goodness of our democracy in the US.

It's slavery. On the ballot.

However, the results of the 2022 midterms could mark the beginning of widespread progressive change in US politics.