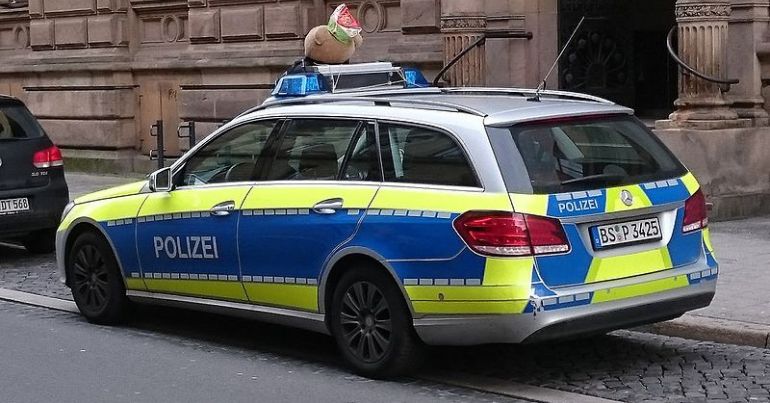 A group of German fascists have plotted and then fluffed a coup to take over their country. The elaborate conspiracy involved far-right cops and military veterans, and the use of an electro-magnetic pulse (EMP) as a signal to overthrow the government. The authorities moved in on Wednesday, carrying out raids across southern Germany.

Twenty-five people were arrested, including some linked to the QAnon conspiracy movement and the extremist German Reichsbürger movement. Among those apprehended in police raids was aristocrat and self-styled prince named Heinrich XIII, who the plotters had planned to install as the new head of state.

However, they’ve now been caught. This means that at some point in the near future we’ll see a major right-wing extremism trial. Until then, let’s take the opportunity to have a laugh at them.

Journalist David Broder wondered out loud if the ‘prince’ had been radicalised on daytime telly:

The German “prince” involved in the coup plot looks like he was radicalised after being sacked from a mid morning BBC antiques programme pic.twitter.com/x6qInu3Vs1

Questions were raised about their choice of targets. The group had aimed to occupy Berlin’s Bundestag area, which is mostly known for techno music:

the funniest thing about the thwarted right-wing "coup" in Germany is how they were focused on taking the Bundestag, situated in strategically unimportant, no-industry-or-natural-resources-having Berlin. congrats, you now rule over start-up offices and techno clubs!

Meanwhile, another Twitter user pointed out the parallels with Donald Trump and the attempted coup in Washington in January 2021:

Farage’s far right friend and others arrested by 3,000 German cops across Germany to stop a right wing coup.That’s the reality. Trump nearly got away with it and others trying their fascist ideals.

Given the weird aristocratic vibes involved in the coup plot, we were probably robbed of some cool duelling footage:

I'm literally howling at the German coup attempt. I feel so robbed that Baron von Arschlog was stopped. What would he have done? Gone to the Reichstag on a horse and challenge Olaf Scholz to a duel?

And despite the serious implications of the coup, Twitter users still found time to take the piss out of the clown prince who wanted to declare himself emperor:

We should all laugh at fascists, especially when they are as bumbling as this lot. Humour is a tool in the fight against bigotry and hate. But we must also be mindful of the constant threat to all right-minded people and vulnerable minorities posed by the far right.

The involvement of former police and military personnel remains a stark warning about the vicious, radical ideologies which the state breeds. Stories like this should reinvigorate our commitment to facing down fascism wherever we find it.