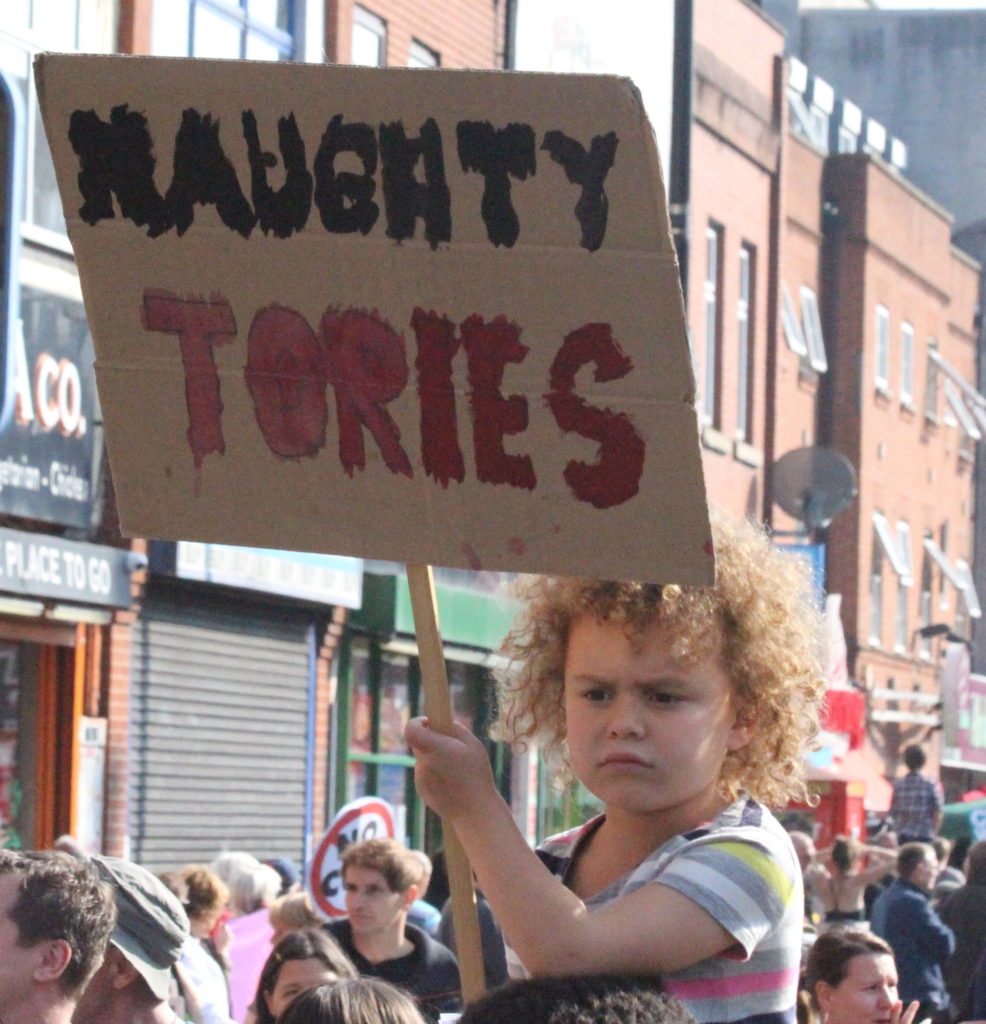 As the Conservatives gathered for their conference in Manchester, tens of thousands of workers, students, children, pensioners and others took to the streets to send them a message: 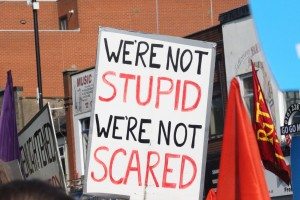 Some expressed themselves through typical British understatement: 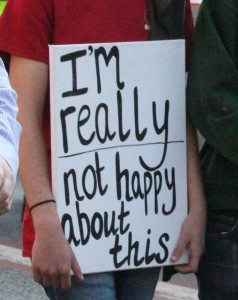 There was clearly irritation: 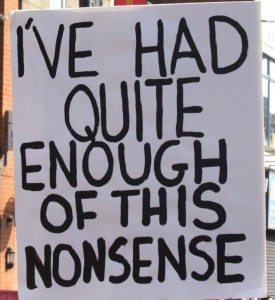 The Tories are radicalising sectors not normally known for their militancy: 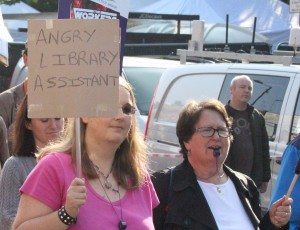 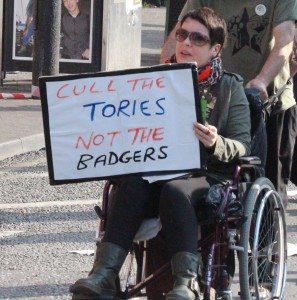 While others were more concilliatory (maybe to a fault…) 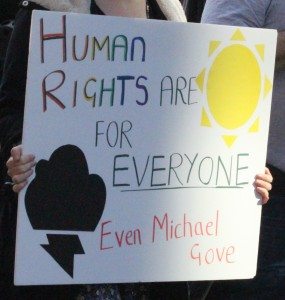 I can only imagine what kind of school dinner thievery was going through this girl’s mind: 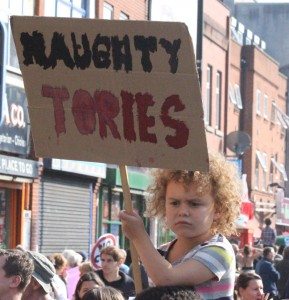 Of course there were serious issues driving people to turn out. The anti-fracking Nannas brought their mops: 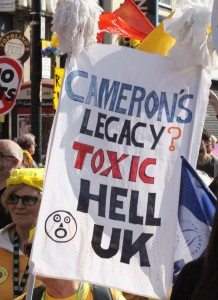 Junior doctors stood up for the NHS (well, the ones that weren’t on call anyway): 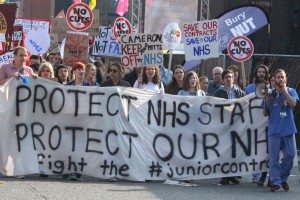 And some people were able to get their point across even though they couldn’t be there in person: 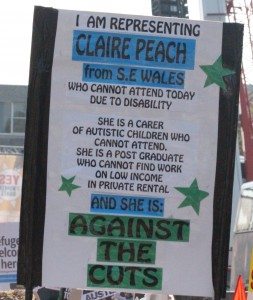 As ever, there was a chance to learn new things. This is unbelievable but true: 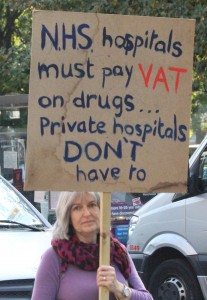 But yes, predictably, there were pigs. Pigs everywhere: 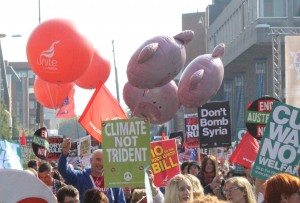 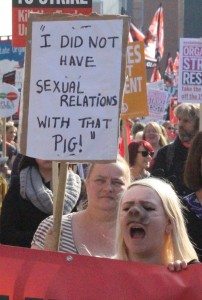 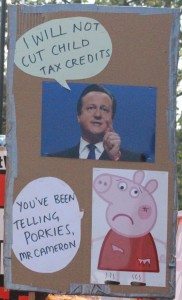 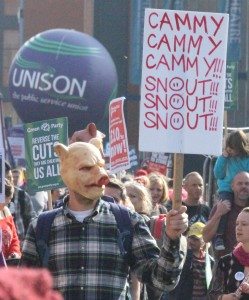