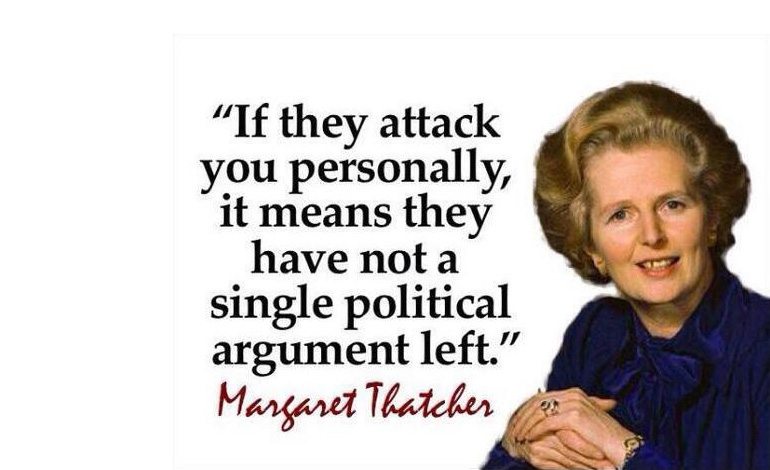 My friends – we cannot let that man inflict his security-threatening, terrorist-sympathising, Britain-hating ideology on the country we love.

The attack was based on the tired tabloid smear that Corbyn “thinks the death of Osama bin Laden was a ‘tragedy'” (you can watch the full rant here if you can stomach the sight of Tory party delegates rewarding Cameron’s fact-free fear-mongering with a standing ovation). But as everybody apart from the Tory party knows by now, Corbyn actually said it was a tragedy that Osama Bin Laden had been assassinated rather than put on trial:

It was Cameron’s most outspoken attack yet on Corbyn, and it was completely over the top. But his vicious tone will likely backfire; it exposed the “caring Conservatives” approach Cameron tried to convey in the rest of his speech as empty, and blew his faltering attempt to engage in a “kinder politics” at Prime Minister’s Questions out of the water. 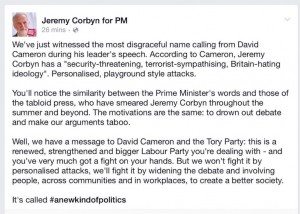 Right now, David Cameron’s policies are threatening the financial security of millions of families by cutting the tax credits they rely on to get by. He’s defending his government’s relationship with Saudi Arabia – a brutal regime that’s been complicit in the rise of Islamist fundamentalist terrorism. And he’s undermining our cherished institutions like the NHS and the BBC as part of his ideological drive to privatise Britain.